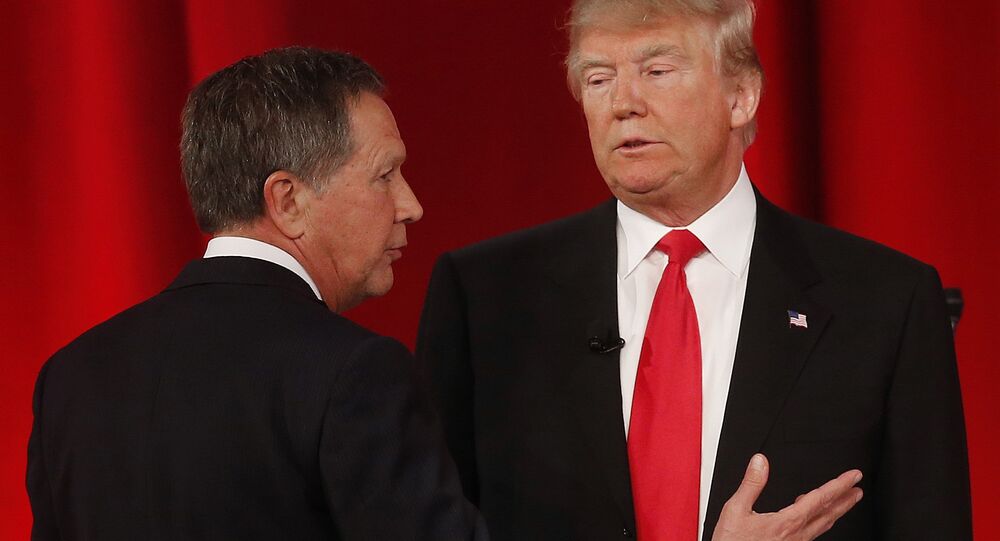 Ohio Governor John Kasich has decided to suspend his bid for the White House, leaving Donald Trump the only Republican candidate.

On Tuesday, Texas Senator Ted Cruz decided to drop out the presidential race after suffering heavy losses in Indiana during primary. Trailing Republican front-runner Donald Trump in the delegate count, Cruz has admitted defeat after winning only three counties in Indiana.

Who'd you rather vote for in the US presidential election?
Voted: 1
All polls
According to a CNN poll released on Wednesday, Republican frontrunner Donald Trump began a two-person faceoff for the US presidency trailing his Democratic rival Hillary Clinton.

Both candidates enter the final leg of the presidential race with historically high levels of distrust among likely US voters, analysts say.

Some 49 percent view Clinton unfavorably, while Trump garners an even higher level of distrust, 54 percent, the poll explained.