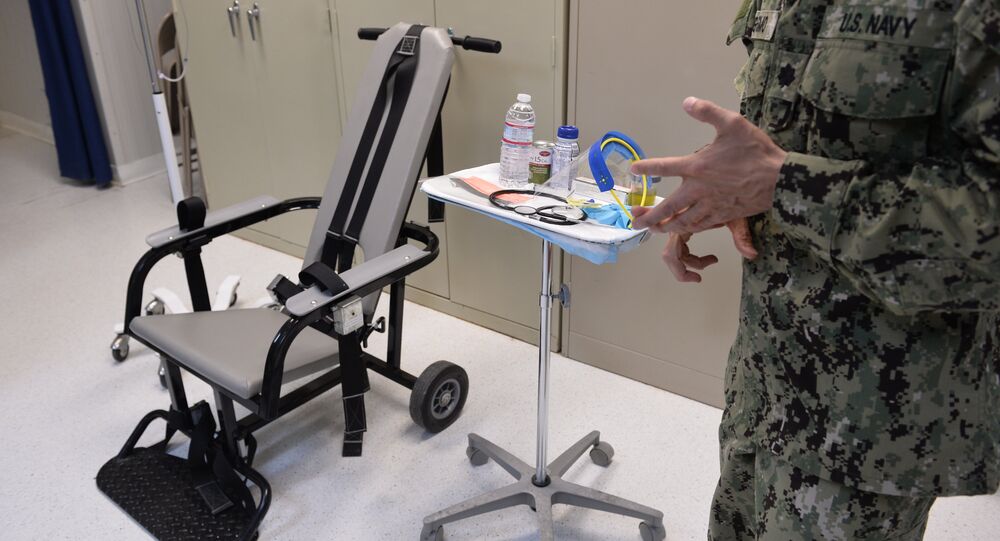 Navy lieutenant nurse, who refused to force feed a prisoner at Guantanamo in the summer of 2014, has been reinstated.

The case became a cause célèbre in certain circles that both favored the nurse's defiance and defended the duty of a medical professional to let his ethics trump his chain of command if he disapproves of US military medical decisions.

Navy Capt. Christopher School said in an email to the Miami Herald:

"A captive who won't voluntarily drink a medically prescribed twice-daily dose of a nutritional shake, usually Ensure, is strapped into a restraint chair and fed it via a tube tethered up his nose and into his stomach."

The case took almost two years to resolve and is not an isolated incident. In an interview with a UK newspaper, Guantanamo detainee, Abu Wa'el Dhiab, discussed other nurses who had made a similar stand against force feeding and decided to defy orders which went against their ethics and Hippocratic oath. "I have great news", he said.

"Someone at Guantanamo has made a historic stand."

This Navy nurse at Guantanamo had also refused to force-feed detainees and declared the practice unethical:

"I have come to the decision that I refuse to participate in this criminal act," Dhiab said the the nurse had told him.

Dhiab was on hunger strike for one year and was hoping that it would lead to his release. In the case of this particular navy nurse, he was reassigned to other duties, according to military officials.

Dr Vince Iacopino, the medical director of Physicians for Human Rights, said that the decision to reinstate the nurse was "a long-overdue vindication of the nurse's integrity, professionalism and adherence to medical ethics in refusing to force-feed Guantánamo detainees."

"With this decision, the Pentagon has finally acknowledged that no health professional should be punished for acting ethically. The first obligation of medical professionals is to do no harm," Iacopino added.