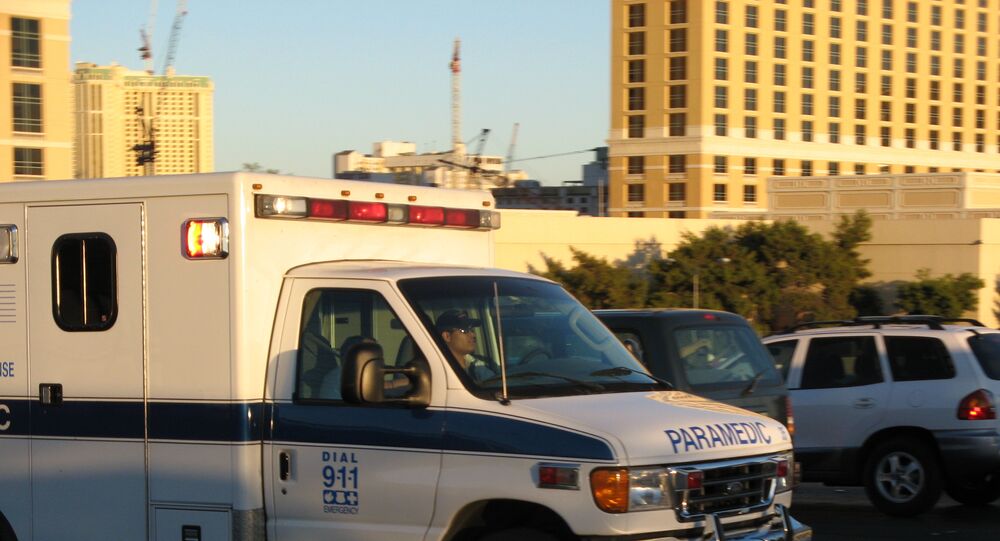 A man who walked in a local television station in Baltimore, Maryland with what he claimed to be a bomb has been hospitalized after he was shot by police at the scene, Baltimore police spokesperson T.J. Smith told reporters.

WASHINGTON (Sputnik) — Local media reported earlier that the suspect entered the lobby of the FOX-45 television station in Baltimore and told employees that he was carrying a bomb.

The unidentified man was shot by officers after leaving the building and subsequently trying to advance on police outside the station.

The suspect also intentionally set a car on fire in the station’s parking lot, Smith added.

Officials are still investigating the scene and attempting to identify the suspect, Smith said.

Smith explained that the suspect’s alleged bomb was actually made of chocolate bars, wires and a motherboard device that could be found in a household fire extinguisher.

Man Dressed as Beast Claims to Have a Bomb, Forces Evacuation of TV Station