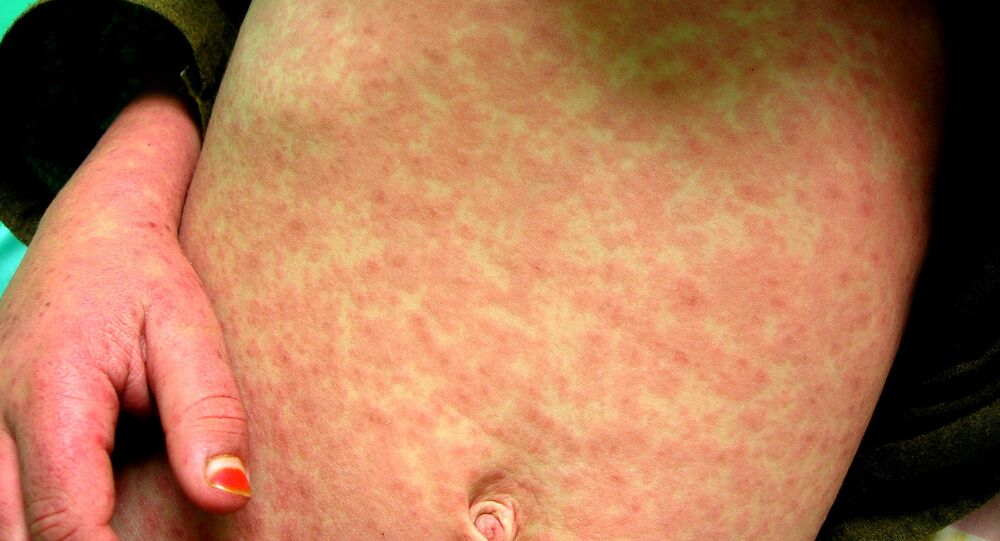 The devastating childhood illness that was once nearly eradicated by vaccines may once again be on the rise as parents increasingly scorn immunization for children.

State and federal health officials are tracking a disturbing outbreak of measles in Memphis, Tennessee, with six new cases reported since Friday. Measles is a highly contagious disease resulting in a signature blotchy skin rash and a high fever. Complications from the disease include brain damage and encephalitis. One in every four measles patients requires hospitalization and one in every 1000 cases results in death.

"This outbreak will likely get worse before it gets better," Tennessee Department of Health Commissioner John Dreyzehner ominously warned. "We appreciate the cooperation of the hundreds impacted so far."

Once a feared childhood disease leading to mass fatalities and disabilities across the country, the disease faded from collective awareness with the successful introduction of the mumps-measles-and rubella (MMR) vaccine in the late 1960s. For a time, the disease was believed to have been eradicated.

However, in the 1990s the belief became popularized that vaccinations contributed to birth defects and increased the likelihood of autism. This belief, first perpetuated by Jenny McCarthy, a 1993 nude model for Playboy magazine, led to a massive wave of vaccine avoidance by parents. This anti-science belief now pervades other elements of the popular and political culture with former US presidential candidate and Donald Trump supporter, Chris Christie, saying that he opposes mandatory vaccinations.

In communities like Memphis, that lack herd immunity levels, the disease can spread rapidly, with public health officials often scrambling behind the curve. The disease is contagious for four days prior to the patient showing any outward symptoms.

Another complication of measles is that the disease can remain active outside of an infected person for several hours. Dr. Judy Anderson, a pediatrician at CHI Memorial Hospital emphasized that "If somebody has measles and they leave a room, it is possible to be infected if you walk into that room two hours later."

There are no treatments for measles, which is why vaccination is critical. The disease still impacts millions of people worldwide who cannot access vaccines, despite being a relatively uncommon pathogen in the United States.