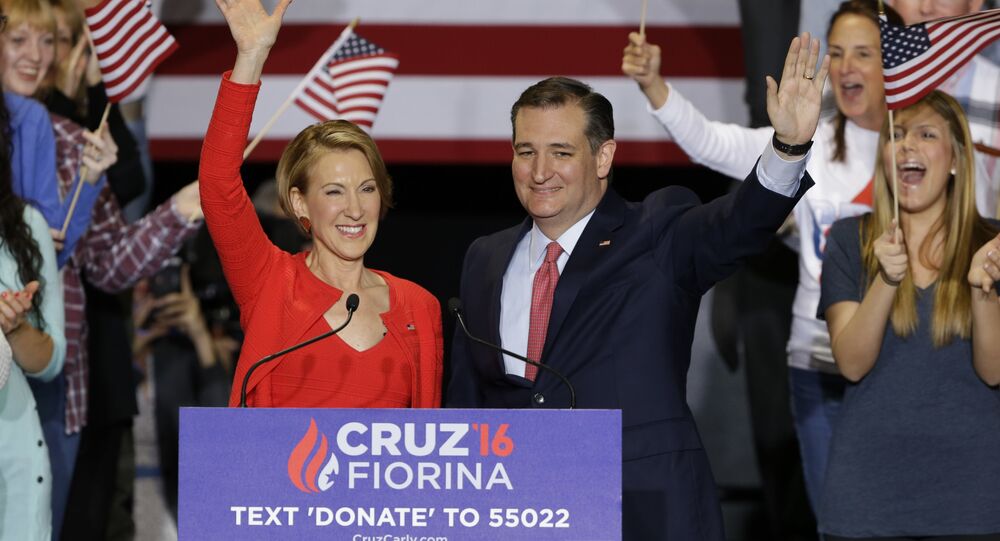 Despite the mathematical impossibility of him winning the Republican nomination outright, Texas Senator Ted Cruz is forging blindly ahead. On Wednesday, the hopeless hopeful boldly announced an ill-fated running mate.

On Tuesday, voters in Connecticut, Delaware, Maryland, Pennsylvania, and Rhode Island went to the polls to select their presidential nominee. On the Republican side, billionaire celebrity Donald Trump added to his delegate lead, with significant gains in all five states.

Senator Ted Cruz brought up the rear in all but one of these states, failing to earn even 20% of the vote in every contest except Pennsylvania. In order for Cruz to clinch the nomination, he would need 677 delegates, and given that only 502 delegates remain available, a Princeton-educated man like Cruz should recognize the mathematical odds.

But Tenacious Ted is pressing on, and, on Wednesday, he teased a "major announcement."

"After a great deal of consideration and prayer, I have come to the conclusion that if I am nominated to be president of the United States that I will run on a ticket with my vice presidential nominee Carly Fiorina," he told a crowd of supporters in Indiana.

The choice makes a certain amount of sense. Going up against presumptive Democratic rival Hillary Clinton, having a female running mate could, in theory, pull women voters back under the Republican tent. Similar thinking drove Senator John McCain to select former Alaska Governor Sarah Palin in 2008, though that decision is now thought to have ultimately cost him the election.

Fiorina’s affiliation with California could also help with the upcoming primary in that key state. Though, again, given that Cruz needs 135% of remaining delegates, wooing or losing Californians won’t make much of a difference.

Cruz’s presumptive decision to announce a running mate, one day after devastating primary losses that have cemented his failure, has not been lost to the twitterverse. Social media users have been quick to point out the candidate’s desperation.

A former CEO of Hewlett-Packard, Fiorina was forced to resign after the company lost over half its value under her stewardship. She expensively launched her own failed candidacy for US Senate, against California incumbent Barbara Boxer in 2010, and, of course, abandoned the current Republican primary race in February after earning only one delegate.

Earlier on Wednesday, Cruz gave some indication of how he would spend his leisure time once he loses the election: chasing hoop dreams.