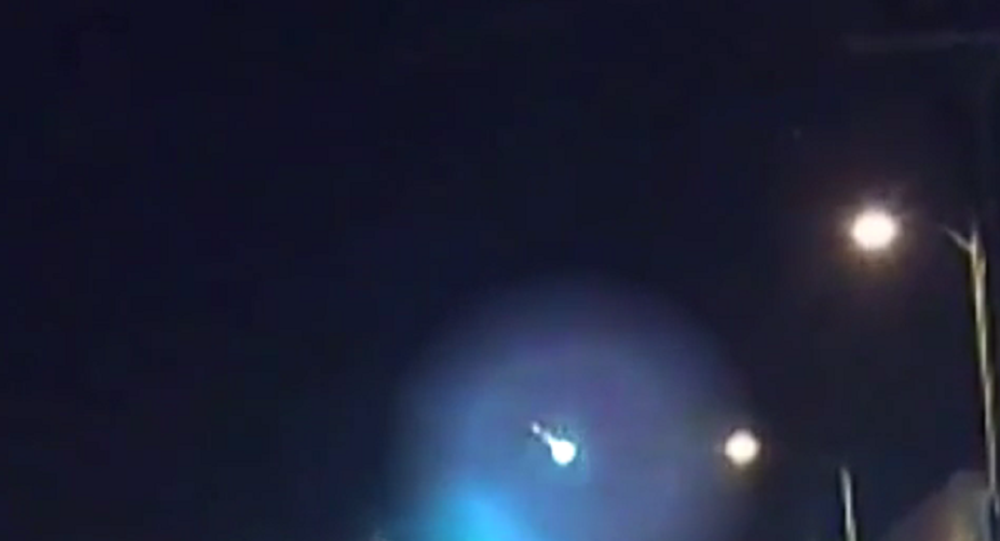 On Tuesday evening, a brilliant green fireball streaked across the California sky. The object has not, as yet, been identified.

© Photo : LiveLeak
Fireball Lights up the Sky in Scotland
The event, captured on video, took place around 10:00 PM local time, and sightings were reported as far south as the Mexican border, over San Diego, Los Angeles, Orange and Riverside Counties, and as far north as Bakersfield.

US Strategic Command has stated that they do not believe it was a man-made object, as it did not appear to be in their database of satellites.

“Saw it from the roof of my condo building downtown,” another Reddit user with the handle RidiculousSN wrote of the fireball. “Brightest and most consistent trail I've ever seen. You expect some sort of an explosion part way through, but this one seemed like a sideways ‘comet tail’ firework.”

Scientists at Los Angeles’ Griffith Observatory have not been able to confirm the nature of the fireball, but stated that it was likely a piece of “space junk” that burned up as it entered the Earth’s atmosphere, according to the the San Diego Union Tribune.

Fireball Spotted in the Sky Over Thailand

Fireball and Firestorm – Eyewitnesses of Plane Crash in Taiwan