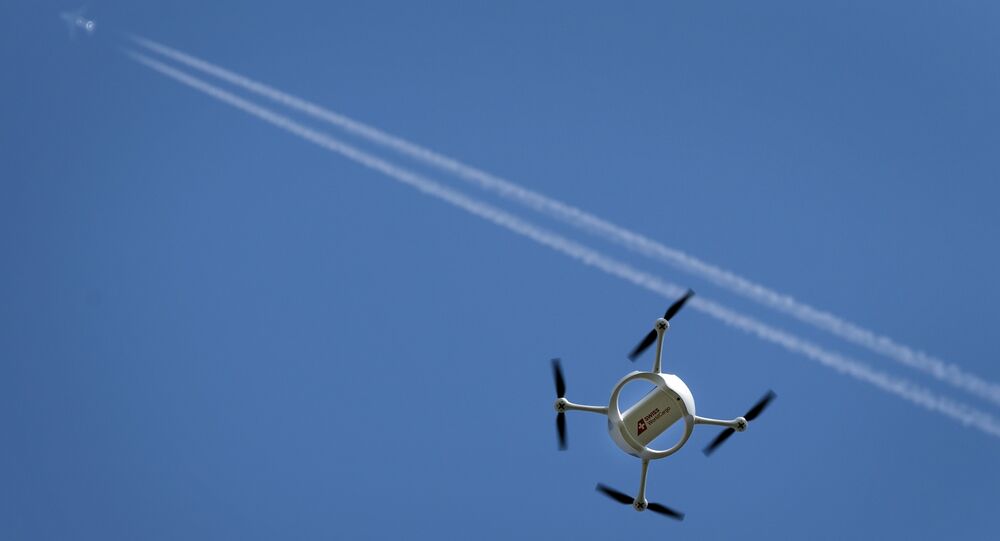 © Photo : blighter.com
Drones, Beware! UK Gov't Testing Military Death Ray Above London's Airports
WASHINGTON (Sputnik) — One of the biggest US makers of drones has teamed up with a major university and other partners to demonstrate the effectiveness of a system that could allow airline pilots to keep track of unmanned aircraft flying nearby, US defense contractor Modern Technology Solutions, announced in a press release on Monday.

The test took place at an airfield in the US state of Texas, and the demonstration for the US Department of Homeland Security, which funded the project, was described as successful.

© Flickr / Lee
EU Border Agency Launches Talks on Use of Drones for Maritime Surveillance
The system was developed by Modern Technology Solutions in cooperation with Texas A&M University and PrecisionHawk, a leading producer of drones.

"This technology assessment further validates that there are effective solutions for entities, like the Department of Homeland Security, to safely operate manned and unmanned aircraft in a shared airspace today," PrecisionHawk Vice President Tyler Collins stated in the release.

US authorities have reported a dramatic increase in drones flying near airports in the United States, a growing safety concern since a collision with an unmanned aircraft weighing 50 pounds or less could easily take down a much larger commercial jet, experts say.

The US Federal Aviation Administration reported more than 1,200 drone sightings by airline pilots in 2015, an increase of more than five-fold from 236 sightings the previous year.