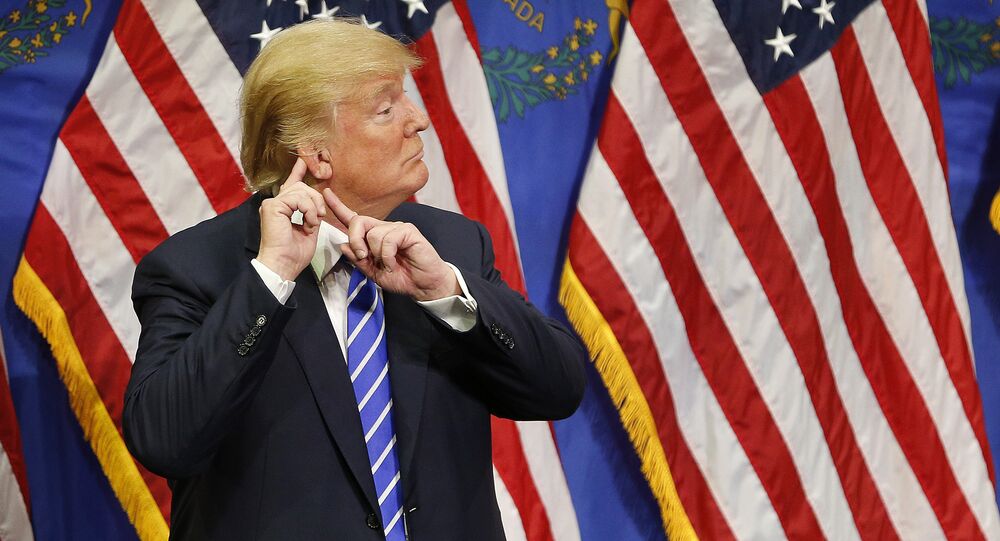 Texas Senator Ted Cruz and Ohio Governor John Kasich agreed on Sunday to divide some of the remaining states to stop their rival Donald Trump from winning the Republican presidential nomination.

© AFP 2021 / Robyn Beck
Trump Campaign on the Rocks as GOP Heads for a Brokered Convention
MOSCOW (Sputnik) — US real estate tycoon Trump looks set to win 1,237 delegates needed to claim the Republican nomination. The GOP contender will then face off against a Democrat nominee in the November election.

"Having Donald Trump at the top of the ticket in November would be a sure disaster for Republicans," Cruz’s campaign manager Jeff Roe said in a statement.

"To ensure that we nominate a Republican who can unify the Republican Party and win in November, our campaign will focus its time and resources in Indiana and in turn clear the path for Gov. Kasich to compete in Oregon and New Mexico," Roe said.

Kasich’s senior strategist John Weaver said in a separate statement that, "given the current dynamics of the [Indiana] primary, we will shift our campaign’s resources West and give the Cruz campaign a clear path in Indiana."

On Tuesday, voting will take place in five US states. Indiana will vote on May 3, Oregon on May 17 and New Mexico on June 7.