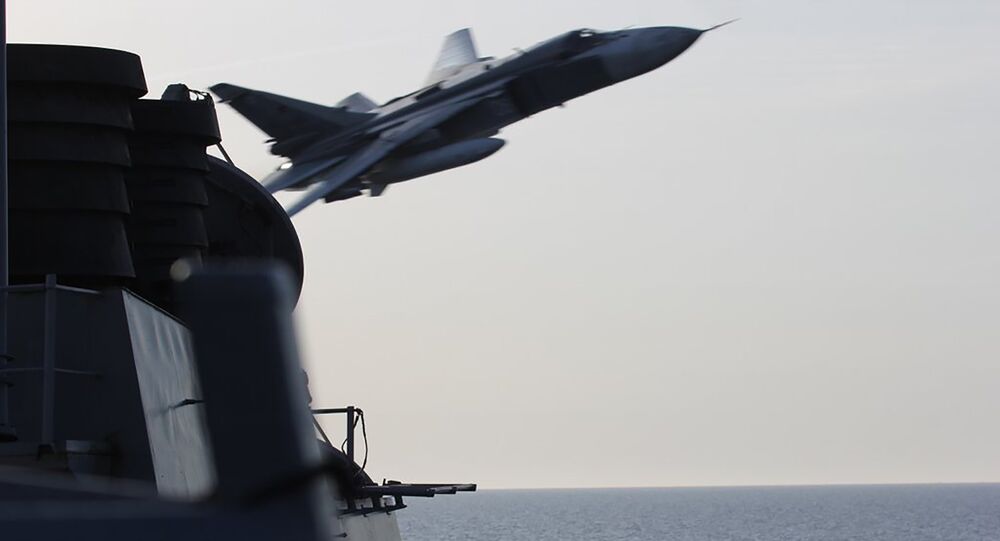 After a US warship sailing near Russian waters in the Baltic Sea prompted a close flyby response from two Russian fighter jets, one US Army general has issued a threat to Moscow, should such an incident occur again.

Last week, the USS Donald Cook reported that two Russian Su-24s conducted repeated flyovers of the vessel as it sailed through the Baltic Sea. Pentagon officials decried the maneuvers as "unsafe and unprofessional."

"This was more aggressive than anything we’ve seen in some time," one official told Defense News, speaking on condition of anonymity.

Russian envoy to NATO Alexander Grushko stressed that the US destroyer represented a potential security threat and added that Russia would continue to take "all necessary measures [and] precautions to compensate US attempts to use military force."

But the US continues to paint Russia as the aggressor in the incident, and on Thursday, Army Gen. Curtis M. Scaparrotti, possibly setting the tone for his anticipated tenure, escalated the rhetoric.

President Barack Obama’s nominee to become the next NATO and US European Command commander, Scaparrotti was testifying before the Senate Armed Forces Committee on Thursday when he was asked by Arizona Senator John McCain if the US should reaffirm to Russia that it would take action to protect American lives.

"Sir, I believe that should be known, yes," Scaparotti said, according to Business Insider.

Referencing the Baltic Sea incident, Indiana Senator Joe Donnelly then asked if Russia should be warned that "next time it doesn’t end well for you."

"We should engage them and make clear what’s acceptable. Once we make that known, we have to enforce it," he said.

"I think they’re pushing the envelope in terms of our resolve. It’s absolutely reckless, it’s unjustified and it’s dangerous."

If confirmed as NATO commander, Scaparotti stated his first course of action would be to review America’s rules of engagement for the region.

The nominee’s aggressive posturing seems unnecessary, given that the USS Donald Cook was operating close to Russian waters and nearly 4,000 miles from home.

Writing for The American Conservative, political commentator Pat Buchanan criticized the US for using its Navy to provoke rival nations.

"In the South China Sea, US planes overfly, and US warships sail inside, the territorial limits of islets claimed by Beijing. In South Korea, US forces conduct annual military exercises as warnings to North Korea…US warships based in Bahrain confront Iranian subs and missile boats in the Gulf," he wrote.

"Yet in each of these regions, it is not US vital interests that are threatened, but the interests of allies who will not man up to their own defense duties, preferring to lay them off on Uncle Sam. And America is beginning to buckle under the weight of its global obligations."

US Forces to Conduct 9th Rotation in Lithuania - Defense Ministry

Russian Flyover of US Warship Shows Readiness to 'Escalate Provocations'