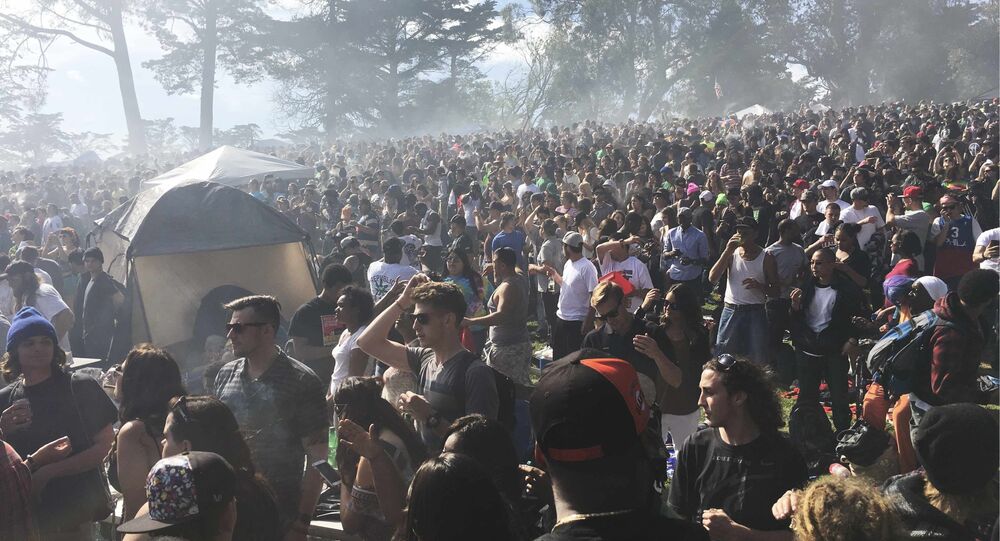 Approximately 15,000 people converged on San Francisco’s Hippie Hill for the annual 4/20 celebration -- and reportedly left behind several tons of trash.

While the massive smoke out was mostly peaceful, portions of the city’s famed Golden Gate Park were left a mess in the aftermath, and it will reportedly cost some $100,000 to clean up.

“Not exactly a leave no trace moment out there,” San Francisco Recreation and Park Department manager Phil Ginsburg told KPIX 5.

Twitter/@ohitskiwi
Snapchat Uniquely Honors Bob Marley on National Weed Day, Epic Fail Ensues
The smokeout also had an incident where a “stampede” broke out in the early evening after witnesses claimed they saw someone brandishing a gun. The incident was branded a false alarm.

While smoking is banned in the park, the rule is not strictly enforced during the annual gathering — though juvenile probation officers were on hand to keep children out of the area.

Eight people were arrested throughout the day.