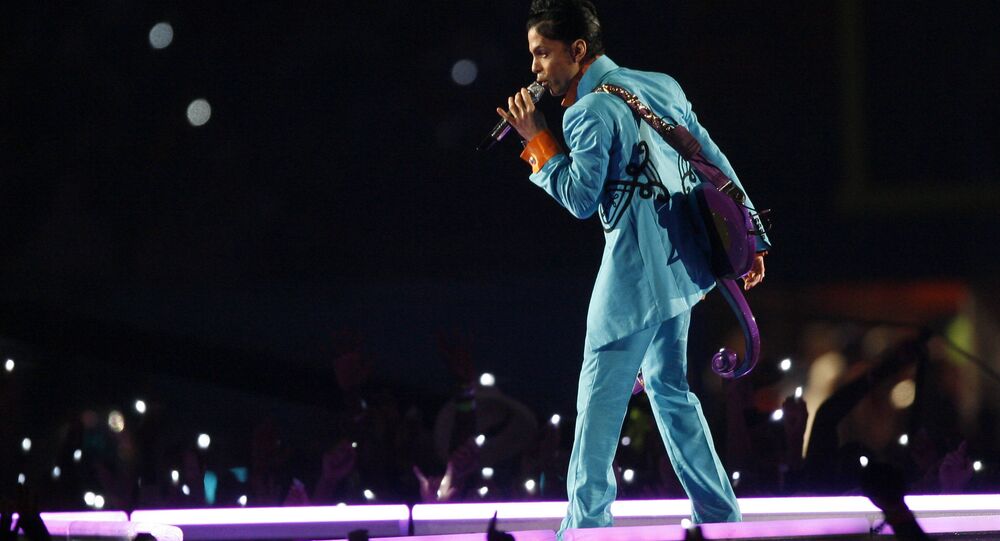 Prince Rogers Nelson, also known as Prince, has been found dead in his recording studio, his publicist has confirmed.

"It is with profound sadness that I am confirming that the legendary, iconic performer, Prince Rogers Nelson, has died at his Paisley Park residence this morning at the age of 57. There are no further details as to the cause of death at this time," the artist's publicist Yvette Noel-Schure confirmed to Sputnik.

© AP Photo / Mark J. Terrill
The artist formerly known as Prince, silhouetted with his guitar in front of a large television screen.

The celebrated musician and actor's body was found at his home in Paisley Park, Minnesota, at 9:43 AM on Thursday morning. He had recently cancelled two concert appearances over health issues.

The Carver County Sheriff's Office later confirmed, "When deputies and medical personnel arrived, they found an unresponsive adult male in the elevator." First responders attempted to revive him using CPR, but Prince was confirmed dead at 10:07 AM local time, according to an official statement.  The cause of death is under investigation.

Following concerts in Georgia, on April 15, the artist’s private jet was forced to make an emergency landing in Illinois due to medical issues, but Prince performed a concert the next day and assured the crowd that he was all right. At the time, his representatives attributed the landing to the flu.

Prince was born in Minneapolis, Minnesota on June 7, 1958, and has been an icon in the entertainment industry for over three decades. The star is one of the most popular artists of all time, having sold over 100 million records globally.