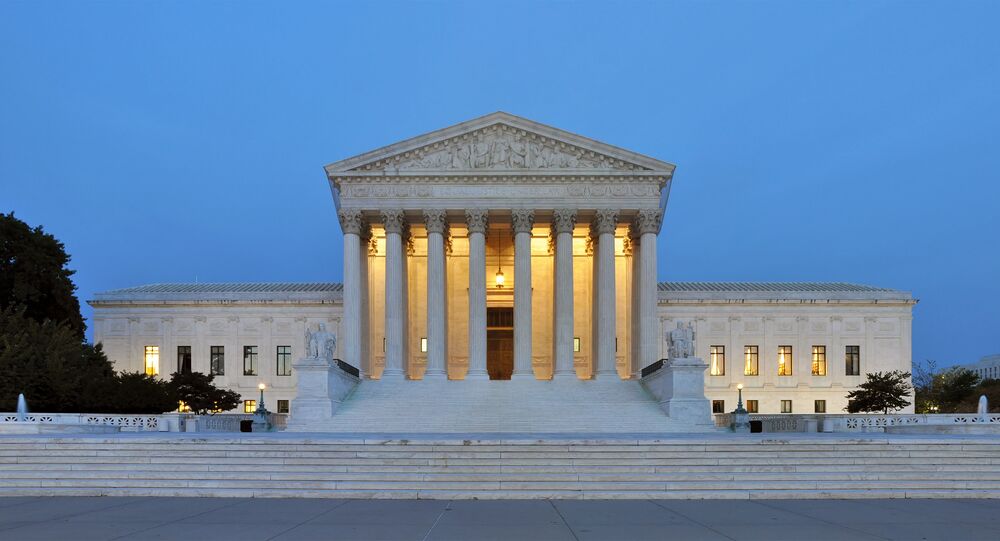 © REUTERS / Chris Keane
Trump Caution on Immigration Widely Shared Around World - Research Group
WASHINGTON (Sputnik) — At present, there are ONLY eight justices on the nation’s Supreme Court as the vacancy caused by the death of conservative Associate Justice Antonin Scalia has not been filled.

The possibility of a split decision along ideological lines has raised fears among some, and satisfaction among others, concerning the issue of immigration reform.

"A 4-4 tie would probably run out the clock on the Obama administration," Mehlman claimed.

The justices are set to decide whether Obama exceeded his constitutional authority by ordering the deferred deportation of at least 4 million undocumented immigrants from the United States.

© Flickr / BBC World Service/Valeria Perasso
US Anti-Immigration Environment Similar to 1920s Resurgence of Ku Klux Klan - Rights Group
Twenty-six US states filed a joint lawsuit in Texas to block Obama’s program, claiming the move exceeds the authority given to the president under the US Constitution.

In February, a Texas judge ordered the US federal government to halt the program’s rollout while the case is decided.

A tie decision Supreme Court will uphold a lower court’s decision to block the plan. The case could be tried again, but it would likely not be resolved during Obama’s tenure as president of the United States.