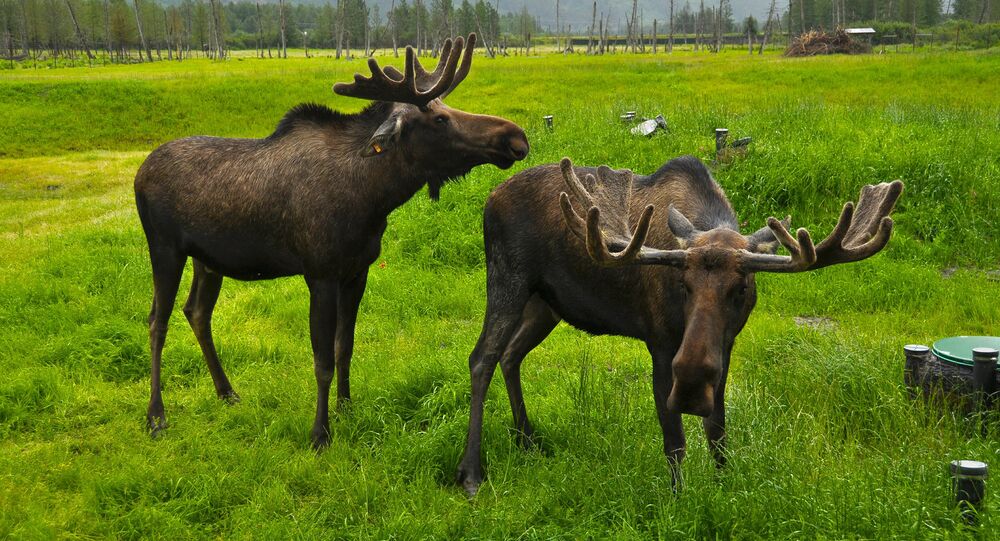 Alaskan moose have colonized new areas of Alaska, spreading from the boreal forest into the tundra as a result of warmer temperatures.

© Flickr / Stuart Rankin
Seafarers on Thin Ice After Two Giant Icebergs Break Off Antarctic Shelf
Alaskan moose have spread from their habitat in the taiga, or boreal forest, to new areas of Alaska, following an increase in shrub cover and vegetation there, according to a study by scientists at the University of Alaska.

In the early twentieth century there were no moose in Alaska's northernmost tundra regions, which had been attributed to overhunting. However, in recent decades, populations have spread along the rivers and streams that flow into the Arctic Ocean.

In their paper, published on Wednesday in the journal PLOS One, the researchers propose that the increase in moose is in fact due to an increase in shrub habitat.

While caribou, also known as reindeer, are able to dig down through the snow to find forage in winter, moose feed on the shrubs and plants that stick through this layer.

The researchers used data about recent changes in shrub cover and empirical relationships between shrub height and growing season temperature to estimate that the average shrub height in 1860 was 1.1 meters.

© AP Photo / Dario Lopez-Mills
‘Uniquely Unsuited’: Clinton’s Not the Candidate to Counter Climate Change
By 2009, the average height of shrubs in Arctic Alaska was two meters, a great increase in the available forage above the snow that the moose can eat.

"Although scientists have been anticipating changes to wildlife in response to the observed changes in climate and vegetation of the Arctic, this is one of the first studies to demonstrate it. We showed that the large-scale northward shift of moose was likely in response to their increasing shrub habitat in the tundra," said Ken Tape, one of the authors of the study.

The researchers explained that the northward shift in the distribution of moose is similar to that of snowshoe hares, and is a likely a precursor for the migration of other boreal species and their associated predators.