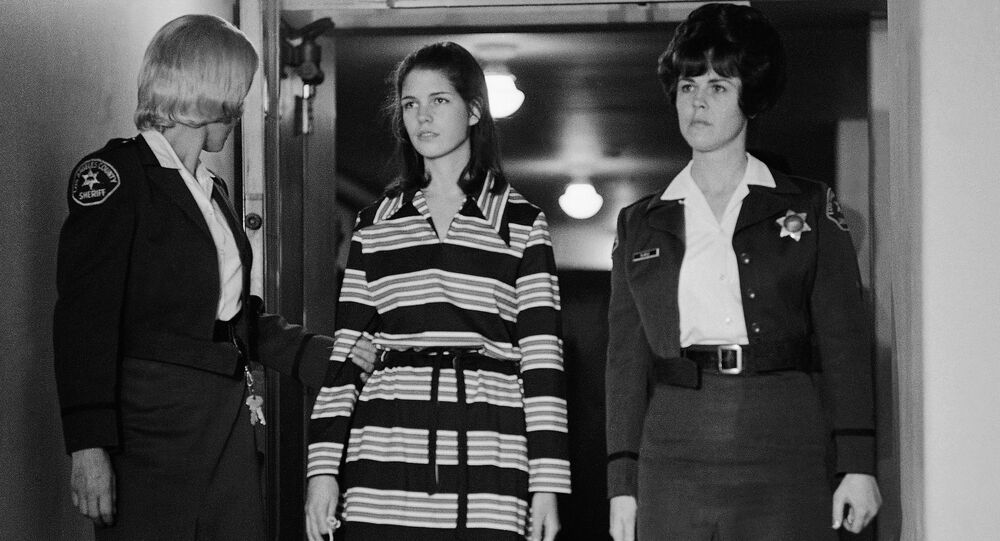 Mule Creek State Prison
Manson Family Murderer Serving Life Sentence Doesn’t Like His Wikipedia Entry
Van Houten, 66, was sentenced to death in 1971, but the sentence was overturned on appeal, and she was  then sentenced to life in prison, for the murders of Los Feliz grocer Leno LaBianca and his wife, Rosemary, at their home in 1969. Van Houten admitted that she had stabbed Rosemary “at least” fourteen times after holding down Leno with another woman as he was stabbed to death by Charles “Tex” Watson.

"And I took one of the knives, and Patricia had one a knife, and we started stabbing and cutting up the lady," Van Houten testified during her trial.

After the LaBianca’s were murdered, the killers used their blood to scrawl “Rise,” “Death to Pigs” and “Helter-Skelter” on the walls of their home.

The murders were part of a string of killings on the order of Manson Family leader, Charles Manson.

"Sympathy, understanding and compassion should be given to the victims of murder and not the killers," the ex-wife of Leno, Alice LaBianca, wrote in a letter to the parole board in 1998. "My children… have had to face the realities of life without the help of their father," LaBianca wrote.

The decision to recommend parole was made by a two-person panel from California’s Board of Parole Hearings, though it can still be overturned by Governor Jerry Brown.

Too Good To Be True Love? Mass Murderer Manson’s Wedding Called Off