April, 15 marks the three-year anniversary of the marathon bombing of the Boston US city, which left three people and injured 264 others.

MOSCOW (Sputnik) — Friday marks the three-year anniversary of the Boston Marathon bombing, which killed three people and injured 264 others.

© AP Photo / Jane Flavell Collins
Boston Marathon Bomber Faces Lethal Injection After Losing New Trial Bid
The Boston Marathon, one of the world's oldest, has been held in the Greater Boston area of eastern Massachusetts annually since 1897. The marathon's course runs through seven Massachusetts cities and towns into the center of Boston, where the official finish line is located at Copley Square.

On April 15, 2013, two bombs went off near the marathon's finish line. The first bomb exploded at about 2:50 p.m. local time on the north end of Boylston Street. The second bomb went off a few seconds later in the same area.

The attackers tried to disguise their bombs as random everyday items – one was made from a pressure cooker pot loaded with nails, shrapnel and ball bearings to boost its deadly force. It was in a plastic bag. 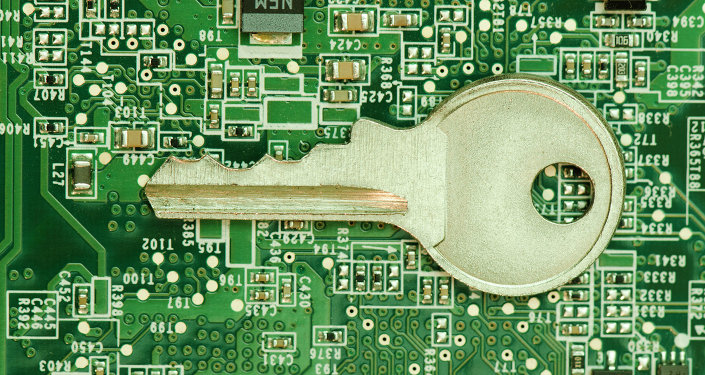 Estimated 264 people were injured, although some sought treatment only after ringing in their ears or partial hearing loss persisted for a few days. Some people with small shrapnel wounds also declined immediate medical aid.

The Boston bombing was the first large terrorist attack in the United States after the attack on the Twin Towers of the World Trade Center in New York City and the Pentagon in 2001. The incident was referred to as a "coordinated terrorist attack."

The US Federal Bureau of Investigation (FBI) took control of the Boston bombing investigation. Dzhokhar Tsarnaev and his brother Tamerlan, ethnic Chechens, were suspected of planning the attack. Tamerlan was shot and killed on April 19 after running from police. Dzhokhar was arrested the following day. 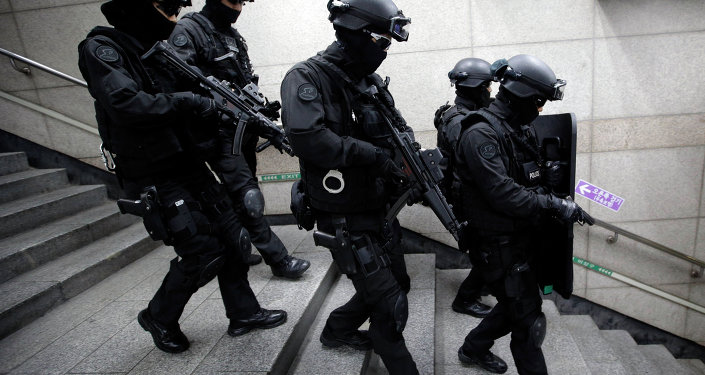 © AP Photo / Lee Jin-man
No US Terror Attack Warning Since 9/11 Has Resulted in Any Incident
On June 27, 2013, charges were brought against Dzhokhar Tsarnaev; 17 of the 30 charges punishable by life imprisonment or the death penalty.

The FBI believed that the brothers' attack on the Boston Marathon was religiously motivated. They downloaded the bomb-making instructions from the Internet, where they also read statements and appeals by jihadists. The bombs that went off in Boston were manufactured in Tamerlan Tsarnaev's house.

According to media reports, the younger brother initially said the attack was mainly motivated by their discontent over US operations in Afghanistan and Iraq. During his hearing, Tsarnaev refused to plead guilty to any of the charges.

© AP Photo / Jane Flavell Collins
Justice Prevails in Boston Marathon Bombing Case - Victims
In late January 2014, US Attorney General Eric Holder sought the death penalty for Tsarnaev, while the defense lawyers tried to have some of the charges dropped.

According to investigators, three days after the attack, the three young men threw away the main suspect's backpack which contained pyrotechnics and his laptop. They allegedly did so after they had seen his photograph in the news and realized that he must have been involved in the bombing. The backpack was later found in a dump.

In September 2013, they were charged with obstructing justice and conspiracy to destroy evidence. Phillipos was also accused of giving false testimony.

On March 27, 2014, the US Congress released a report on the investigation, which stressed the inefficient coordination between special services and law enforcement agencies. According to the report, special services planned to interrogate Tamerlan Tsarnaev in July 2012 at John F. Kennedy International Airport in New York upon his return from Dagestan. US authorities believed he could have been involved in terrorist training there and was potentially dangerous.

© Fotolia / Dominik Herz
US Authorities Release Video of Boston Police Shooting Terrorism Suspect
However, Tsarnaev then managed to avoid interrogation due to a misspelled name in the database. The report also said that Russian security services had warned the FBI as early as 2011 about Tsarnaev's contacts with Islamists, but the investigation was closed because those contacts could not be confirmed.

On March 10, 2015, during the trial in Boston, over 90 witnesses for the prosecution and four defense witnesses testified. The trial continued until April 6.

On May 15, 2015 the jury sentenced Tsarnaev to death for his role in the 2014 bombing on six counts, despite the defense calling for a life sentence.