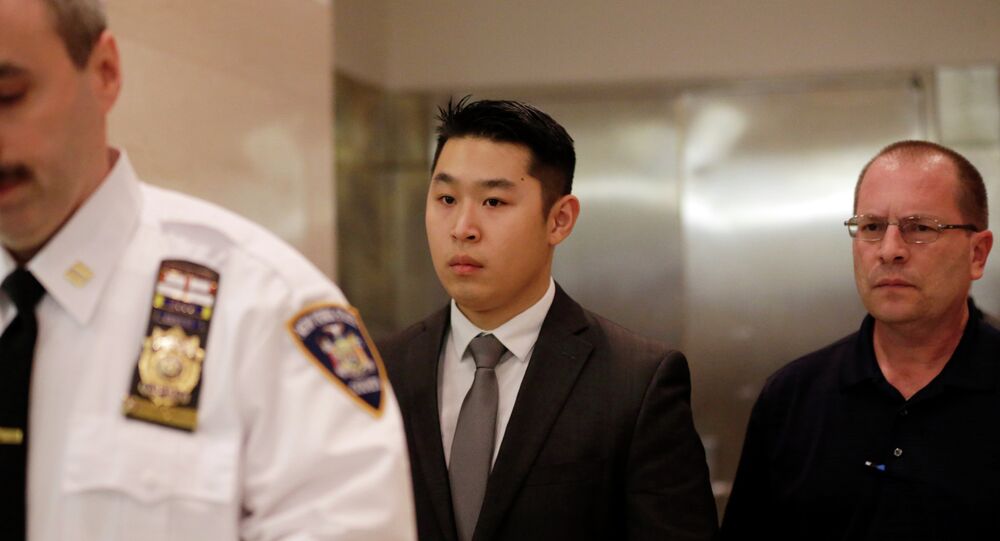 African-American District Attorney in Brooklyn receives backlash from the black community after recommending no jail time to an officer convicted of manslaughter.

On November 20, 2014, Brooklynite Akai Gurley was slain while walking up the stairs in his apartment complex. The shooter was Peter Liang, at the time a 26-year-old rookie cop who had been with the police department for 18 months, prior to the killing.

© AP Photo / Haraz N. Ghanbari
Did Bill Clinton Give Donald Trump His Blessing to Run for US President?

The incident occurred as then-officer Liang conducted a security check of the building’s stairwell. Liang had, against police regulations, drawn his gun and was holding his flashlight up as he entered the stairwell, pitch black at the time due to the broken lights. Liang heard Gurley walking up the stairs toward him and pointed his gun and shot, killing the unarmed and innocent man instantly.

The tragedy occurred only four months after the killing of another unarmed black man in Brooklyn, Eric Garner, who was strangled to death. A video shown on national television documented the killing of a man who was suspected of selling cigarettes on a street corner.

Brooklyn’s black community had now seen unarmed African-American man slain by a white cop, and Liang found himself on trial for manslaughter in the second degree. This past week, a jury convicted Liang of manslaughter. He now awaits sentencing.

Brooklyn’s black District Attorney Ken Thompson called on the court to grant Liang leniency, suggesting a sentence of six months house of arrest, five years of probation, and 100 hours of community service. The call for clemency was seen by the local community as a betrayal before the weight and power of the NYPD, with whom the district attorney’s office routinely communes.

In the wake of Thompson’s call for clemency, Loud & Clear’s Brian Becker talked with New York Assemblyman Charles Barron, who represents the Brooklyn district where Gurley was slain, to discuss the case.

​Do you agree with District Attorney Ken Thompson’s Sentencing Recommendation?

“No, we hope that he will be sentenced to time and jail because that is what he deserves,” said Barron. "It is outrageous that you finally get a black Brooklyn DA, and the most devastating issue is police killing of black men and black women, so we want to put a value on our lives, so we thought a black DA would do that. Peter Liang was charged with manslaughter in the second degree."

Barron explains that he spoke with DA Thompson on the phone about the sentencing, voicing his disagreement with the recommendation. "The DA called me and said you don’t think he intentionally killed Akai Gurley and I said of course not, because that would be a murder charge, but manslaughter means reckless homicide and that he was aware and conscious that his actions could result in death."

The assemblyman does not believe that Liang should receive clemency for the murder, even if he did not intend to kill Gurley. "I think he should get the max so that we send a message that black lives truly matter and if you take a black life senselessly you will be punished."

The assemblyman’s discussed the controversy, suggesting, if not actively calling for, violent protest if the courts grant Liang the DA’s recommendation of no prison time.

"Don’t blame me the social forecaster, but when peaceful methods are denied violence is inevitable and don’t blame me when it happens. They think that folks are just going to march peacefully and take it on the chin and say, ‘oh, another one,'" said Barron, decrying what he views as a miscarriage of justice.

"I am warning the nation, the police department, and the system in New York that you need to make sure that justice prevails in this case and in others so people see that black lives really matter."

What will happen if Liang receives no prison time?

The assemblyman summarized the situation in Brooklyn with a reference to Rev. Dr. Martin Luther King, Jr.

"They asked Martin Luther King, the Prince of Peace, whether he could condemn the riots and he said 'I cannot condemn the riots without condemning the conditions that cause people to riot in the first place, the riot is the voice of the unheard and you need to hear our people’s cry for justice.'"