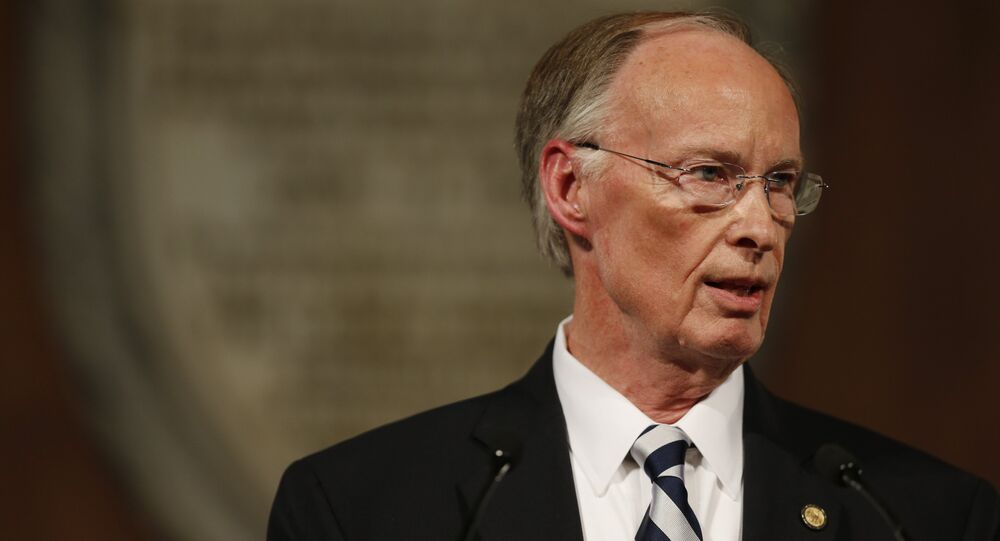 Whistleblowers have come forward asserting that Alabama Governor Robert Bentley ordered a state helicopter to fly his forgotten wallet to him at the beach, after a fight with his wife over his mistress.

The sources, who wish to remain anonymous for fear of retribution, are reportedly from inside the state government, and went to Yellow Hammer News, claiming that they decided to do so out of a concern that the movement to impeach Bentley is losing steam.

One of the whistleblowers said that they have “chosen to come forward now because they are hurting people to keep their power. They fired several people at ALEA who were just trying to do their jobs, and now they don’t have a way to pay their bills and they don’t have health insurance. At least one of the families has a sick child who is now suffering as a result. It has been hard enough to work in the administration with all of this going on these last two years, but I cannot sit quietly anymore.”

The sources claim that Bentley got into an argument with his wife in the summer of 2015, after he refused to sever ties with his then-senior advisor and mistress, Rebekah Mason, and fled to their beach home. In the process, he forgot his wallet and ordered one of the Alabama Law Enforcement Agency (ALEA) helicopters to deliver it to him, which they did.

Bentley has previously asserted that he did not misuse state resources during his affair with Mason. The whistleblowers also claim that the current ALEA head Stan Stabler helped Bentley to arrange the delivery.

Spencer Collier, the previous head of ALEA, claims that “he and other members of state law enforcement were fired for cooperating with an investigation by the attorney general’s office,” Yellow Hammer reported.

In the wake of the affair scandal, Mason resigned from Bentley’s office.

"I have resigned as Senior Political Advisor to Governor Bentley and will no longer be paid from his campaign fund," Mason wrote in a statement at the end of last month. "I have also ended my work with the Alabama Council For Excellent Government. My only plans are to focus my full attention on my precious children and my husband who I love dearly.  They are the most important people in my life. Thank you for your prayers for our family."

Bentley initially denied the claims as gender-biased against his staff, but subsequently divorced his wife of 50 years. The 73-year-old governor has denied he had an affair with Mason, but recordings of steamy phone conversations between the two have cast deep doubt on his claim.

The embattled governor has stated that he will not step down, despite a bipartisan effort underway to impeach him.

Easy A: Alabama Teacher Accused of Proposing Sex for Grades to Students

Alabama Hit by Tornado, Flooding Amid Holiday Storms in Southern US