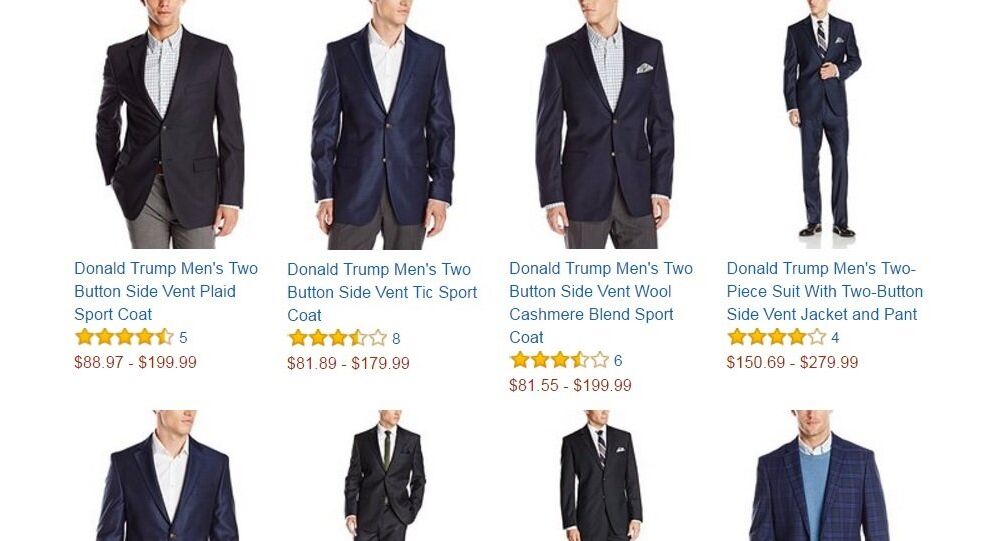 US Republican presidential candidate Donald Trump's clothing range available online has sparked controversy with a woman's rights group which is calling for Trump's 'Signature Collection' to be dumped by retail giant Amazon.

The menswear collection, which includes formal, plain and pinstripe suits, shirts and blazers are all for sale on the Amazon marketplace and range between US$55 to US$150.

However, more than 13,000 Amazon customers have pledged their support to equality group UltraViolet who want Trump's menswear range dumped from the site's chief executive Jeff Bezos to show solidarity and "reject Trump's sexism, racism, and xenophobia."

"Trump is inciting violence at his rallies and spewing vitriol that white supremacists like David Duke love. So why is Amazon continuing to support the Trump empire?" UltraViolet's petition states.

The letter reportedly continues: "It's long past time for Amazon to follow Macy's lead, sever its ties with Trump, and stop profiting off of his brand of hate."

I wonder if Trump stopped buying his own Trump brand menswear since it has been made in Mexico and China? #trumplies

A petition was recently launched in the UK at the time to ban him from entering Britain for his "continued, unrepentant hate speech and unacceptable behavior."

Malala Yousafzai, Nobel peace prize winner and campaigner for women's rights believes Trump's rhetoric to be "full of hatred" and "full of this ideology of being discriminative towards others."

Pressure is now mounting for Amazon boss Jeff Bezos to dump Trump's menswear range from the online market place in support of the equality group's fight against his misogynistic rhetoric.