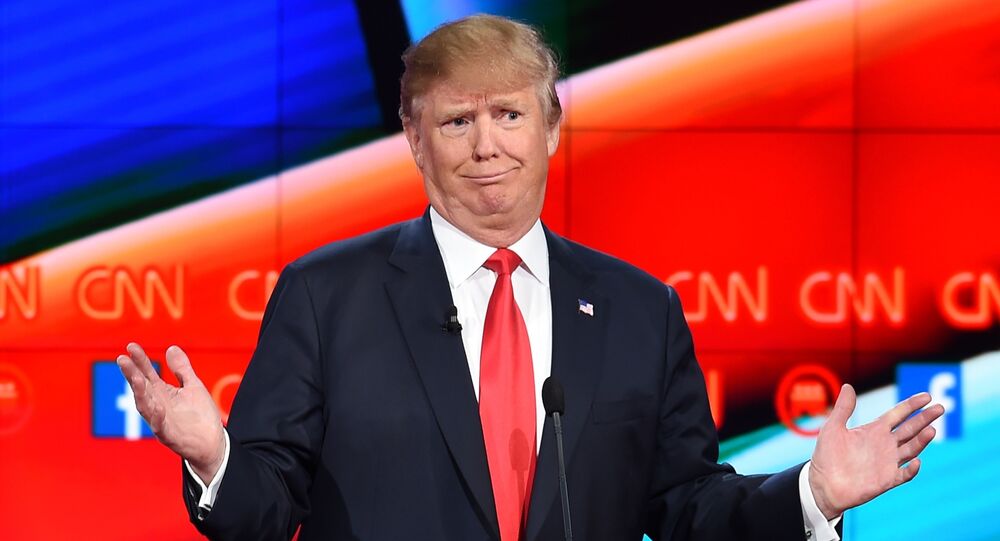 Until recently, multi-billionaire property tycoon Donald Trump seemed the certain favorite to scoop the Republican Party's nomination for US President. But as July's convention looms ever closer, Trump's chances are beginning to look less and less certain.

Trump is still 494 delegates short of what he requires for automatic selection by the GOP, and a recent slew of bad press following the arrest of his campaign manager Corey Lewandowski — for assaulting a female journalist — as well as inflammatory comments on abortion — suggesting that women who have abortions ought to be punished — has seemingly contributed to a slump in support for Trump's campaign.

Whilst it would still be possible for Trump to win a majority of delegates ahead of July's convention, recent defeats in states like Wisconsin and Colorado suggest a slowing of the billionaire frontrunner's momentum, which will now, in all likelihood, lead to a "brokered convention."

To be on track for the nomination, Trump needed 18 delegates from Wisconsin. He got 6. https://t.co/ZryzWYbGZu pic.twitter.com/YNwt2Lfoe0

A "brokered convention" occurs where no one candidate has managed to secure a majority of the delegates for the party's presidential nomination. Whilst such conventions are relatively rare, they are not without precedent. That said, the last time a Republican convention went past the first ballot was back in 1952 when they elected Dwight Eisenhower over the then front-runner Robert Taft.

Voters are calling a brokered convention "political suicide" for the @GOP. WATCH:https://t.co/Rfz1jaCiWi

Opinion tends to be mixed with regards the democratic legitimacy of nominations which emerge from a brokered convention, on the one hand the process is designed to uphold the notion that candidates should be representative of the entire party over a minority, on the other, the process is by its nature more opaque, retreating as it must to the proverbial "smoke filled room."

'What Kind of System Is This?'

Regardless of Trump's huge public profile and undoubted popularity, he has still failed to woo a majority of Republicans into backing his campaign for the White House.

Many within the party have expressed concern over a Trump candidacy, and would therefore favor a brokered convention which would allow the party to select a candidate of their choosing, effectively cutting out the membership.

I win a state in votes and then get non-representative delegates because they are offered all sorts of goodies by Cruz campaign. Bad system!

The recent victory for Trump's rival Ted Cruz in Colorado was perhaps a good predictor of what may end up happening in July, given that the Centennial State's Republican delegates reach their decision without any primary process at all. All 34 of Colorado's Republican delegates voted for the Texan senator Ted Cruz, in lieu of any consultation with party members.

Responding to the result on Fox News, an enraged Mr Trump said:

"What kind of a system is this? Now, I'm an outsider, and I came into the system and I'm winning the votes by millions of votes. But the system is rigged. It's crooked."

Anger in the Trump campaign increased further when the Colorado GOP posted a tweet which said "We did it. #NeverTrump," the party deleted the tweet within a matter of minutes and claimed their account had been hacked, but that didn't stop an angry backlash from Trump supporters online, concerned that the GOP is actively conspiring to deny him the nomination.

#USA https://t.co/D2guvtj28Y UNREAL. Colorado GOP Tweets Out: We Did It #NeverTrump pic.twitter.com/4YKLJyr0Rc

The sort of backlash that followed the Colorado vote could prove an even greater problem for the Republican Party as a whole, should Trump emerge as the front-runner but be denied the candidacy.

A recent Vox poll suggested that 55% of Republicans would react negatively to any scenario in which the 1st place finisher does not secure the nomination at the convention, whilst a separate Reuters/IPSOS poll found that 16% of Republicans threatened to leave the party altogether.

The next major primary will take place on the 19th April in Trump's home state of New York, where he is polling well ahead of Senator Cruz.

The campaign will likely be hoping that victory in New York might inspire a resurgence in momentum.

Regardless of how well Trump performs in the remaining primaries though, a brokered convention still looks more and more likely, and however reluctant the GOP might be about a Trump candidacy, they will be nervously eyeing the inevitable backlash which would follow any attempt to deny him the nomination.

Snapshot: How US Presidential Candidates Stand on Defense, Trade and Russia