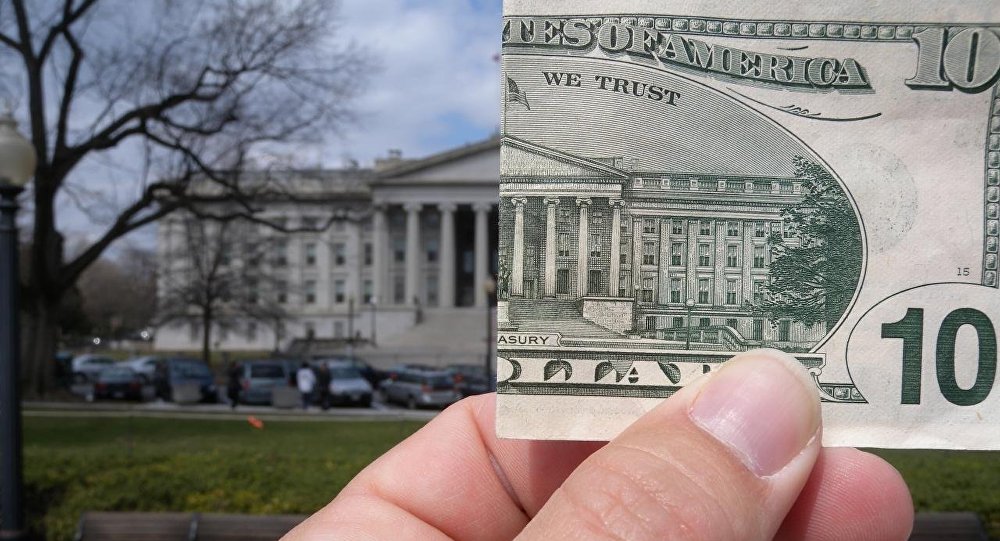 US Treasury Stalled on Tax Haven Reform Amid Pressure From Banks

The US Department of the Treasury has opposed measures to expose domestic tax havens for at least eight years because of pressure from banking institutions, former Senate financial crimes investigator Jack Blum told Sputnik.

WASHINGTON (Sputnik) — On Wednesday, just days after the Panama Papers scandal erupted, the Tax Justice Network said in a press release that the United States placed third in a global ranking of preferred tax havens, which are legal structures that help corporations hide money by withholding complete ownership information.

"This [tax haven] issue has been on the table with [the] Treasury since at least 2008… I testified before the Senate Finance Committee and laid out the problem," Blum told Sputnik on Wednesday. "Legislation had been introduced to force the states to gather that [ownership] information and, lo and behold, Treasury opposed it."

Many jurisdictions within the United States provide the same kind of corporate secrecy services as offshore centers, Blum noted, because they do not collect complete information related to "beneficial ownership," meaning those who "benefit" from company proceeds, but are not direct owners.

The Treasury Department has opposed reform measures because banks, real estate agents and even law firms are profiting too heavily off the current structure, which allows foreign nationals and entities to hide money in US shell corporations.

"For example, when the IRS [Internal Revenue Service] proposed a very modest piece of regulation that would have required some beneficial ownership information to be collected and then notices be sent out to foreign governments with respect to accounts of foreign nationals, immediately the Florida Bankers Association and the California Bankers Association went nuts," Blum explained.

US financial institutions objected because they were afraid to lose business to some place that really would give their foreign clients anonymity, he added.

© Flickr / Demagogue
Candidates Pressure Treasury to Block Tax Inversion Costing Pfizer Billions
The Treasury Department has to deal with competing interests, Blum suggested, between the IRS and law enforcement on one end pushing for collecting beneficial ownership information, while on the other side are financial and legal firms that oppose it.

"Treasury is perfectly schizophrenic on this," Blum observed. "They wind up freezing. It’s much easier to keep the status quo than it is to change anything, and for years they have just made excuses."

The United States is not in compliance with international standards to such a degree that critics have claimed some Caribbean countries have better controls and information.

Blum said the critics’ claim "has some degree of truth to it."

"One of the groups lobbying against it, God help me… it’s a group I am a member of, the American Bar Association [ABA]," Blum sighed.

ABA officials have repeatedly testified against beneficial ownership information, he continued, claiming they oppose it because people are entitled to their privacy.

"And the real issue is — it would cut the Hell out of a lot of legal business," Blum added.

On Sunday, the International Consortium of Investigative Journalists published the Panama Papers, which included more than 11 million internal documents from the Panama-based law firm Mossack Fonseca that detail offshore bank accounts owned by or linked to thousands of world leaders, public figures, celebrities and business executives.