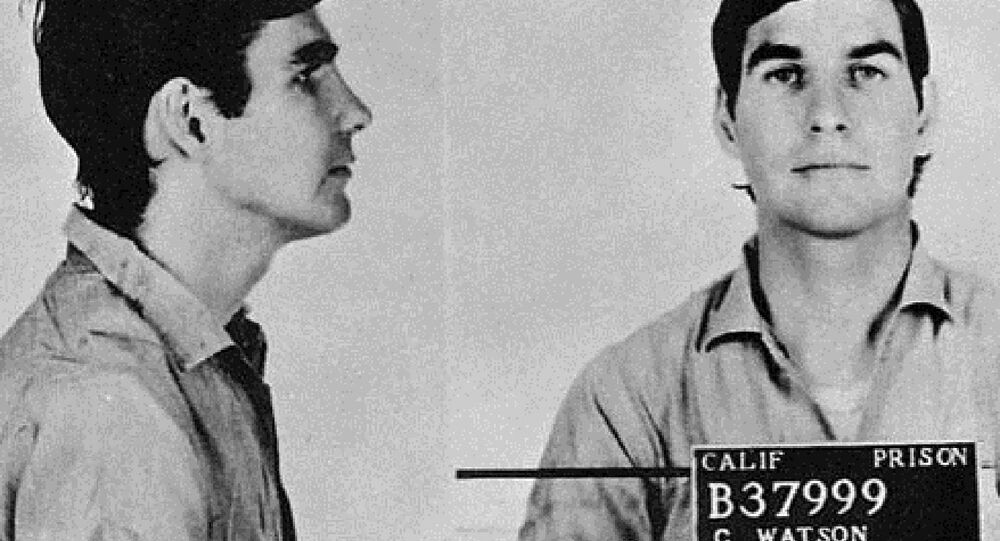 A Manson Family murderer, who is currently serving a life sentence for his role in the murders of Sharon Tate and several others, has personally edited a printout of his Wikipedia page and had it sent to the site’s Volunteer Response Team, requesting that the changes be included in the website.

Charles “Tex” Watson was unhappy with the Wikipedia entry relating to his name and he sent very specific requests for edits from behind bars in California.

The website The Wikipedian explained that the killer’s requests include:

Polaris/MansonDirect.com
Charles Manson’s Fiancée Determined to Go Through with Marriage
The five page PDF was reportedly delivered by an official Wikipedia channel, lending some credibility to its legitimacy. Still, some editors argued that it should matter less where the information came from, and more about whether or not any of the points were valid.

The Wikipedia volunteer who originally obtained the request from Watson subsequently posted a blog entry regarding whether or not incarcerated people should be able to request changes to their pages.

“But should prison inmates be permitted to edit Wikipedia? Should there be a special rule which keeps certain people out of Wikipedia, based on their off-wiki behavior? Perhaps, but in this case, I pass no judgement on the person making the request. They are incarcerated, which is where their society wants them to be, and they are free to write letters. I treated them as I would treat anyone else making a request,” the volunteer, who goes by the name Blue Raspberry, wrote.

“I want fairness, even though I do not always know what that means. When I processed the Watson request, I wished for it to be taken for what it was – a Wikipedia request in a community that tries to treat everyone equally – and not for anyone to consider this case specifically any more deeply.”

Too Good To Be True Love? Mass Murderer Manson’s Wedding Called Off