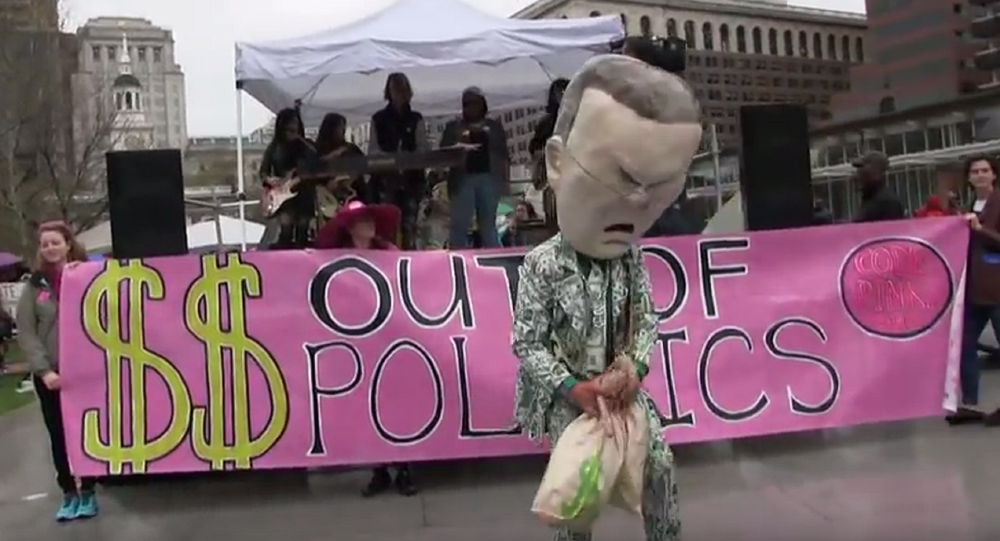 The mass civil disobedience action, Democracy Spring, kicked off on Saturday as approximately 150 people began a 140-mile march from Philadelphia to Washington, DC, to meet with thousands of others who have reportedly volunteered to participate in a sit-in at the nation’s capitol.

The non-partisan demonstration began with a rainy rally at the Liberty Bell, and is set to arrive in the nation’s capitol on April 11, where they will stage a peaceful sit-in until the 18th, or until everyone has been arrested.

By Monday afternoon, the march had already made it through Wilmington, Delaware.

Those who have pledged to attend and risk arrest at the capitol include Mark Ruffalo, Larry Lessig, and Zephyr Teachout, as well as dozens of other civil society leaders, according to the organizers.

Following the mass sit-in, the organizers say that thousands more are expected to pour into the nation’s capital for three additional days of direct action, public education, and mass mobilization.

“With hundreds of patriotic Americans being sent to jail, day after day for at least a week — simply for sitting in to save our democracy — the drama in Washington will rock the business-as-usual cycle of this election and catapult this critical issue onto center stage,” the website states.

The event has been endorsed by over 100 organizations such as MoveOn.org, the Institute for Policy Studies, Demos, and the nation’s largest labor federation, the AFL-CIO.

"Because over the last five years, nearly half of the country has passed new state laws that disenfranchise everyday voters. As access to the ballot has become more difficult, people of color, the elderly, and the working poor have been most affected. Meanwhile, billionaires and big money interests have marshalled vast wealth to dominate elections, corrupting budgets and laws to serve the interests of a few at the expense of the rest of us."

Obama: US Should Reduce Influence of Money in Politics

Politics for Sale: West Admits Money the Only Power to Matter in Ukraine