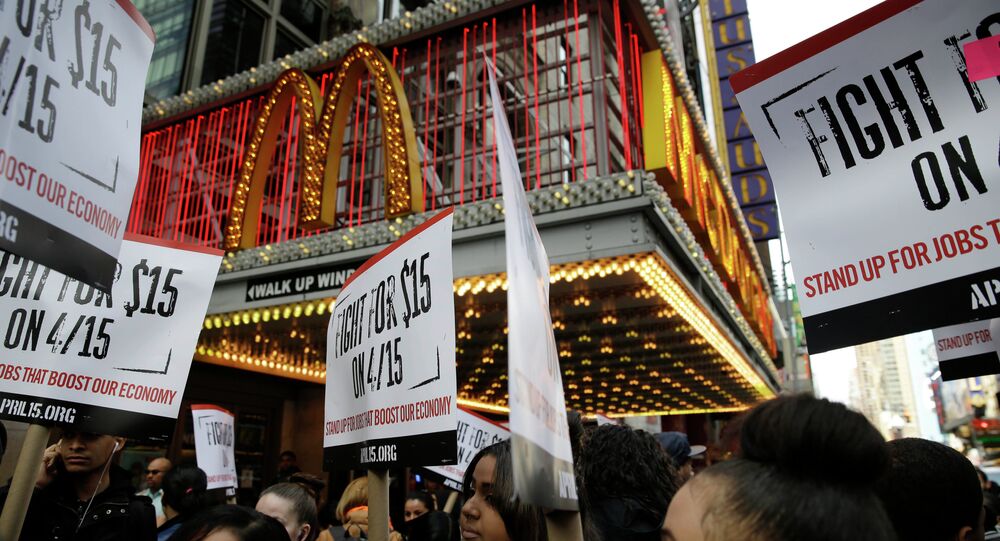 New York, California to Give ‘Largest Pay Raise for US Workers in History’

Workers in two of the largest states in the nation received great news on Thursday, as California and New York both approved statewide minimum wage boosts to $15 by 2022.

The bicoastal moves are largely the result of nationwide grassroots activism, and these massive victories for the Fight for $15 campaign will boost the pay of approximately 5 million workers, Democracy Now! co-host Juan Gonzalez reported on Friday.

“It's remarkable that only about three years ago this movement started with a single strike of a bunch of McDonald's workers in New York City, and it has spread across the country,” Gonzalez stated. “And it's going to continue to spread, because there's too many Americans who cannot live on the federal minimum wage or on some higher state minimum wages in some areas. So this is a remarkable movement that's also going to boost the economy, because all of these low-wage workers are going to immediately spend that money.”

Campaigners with Fight for $15 hope that these victories will soon be repeated in more states.

Los Angeles to Raise Minimum Wage to $15 an Hour