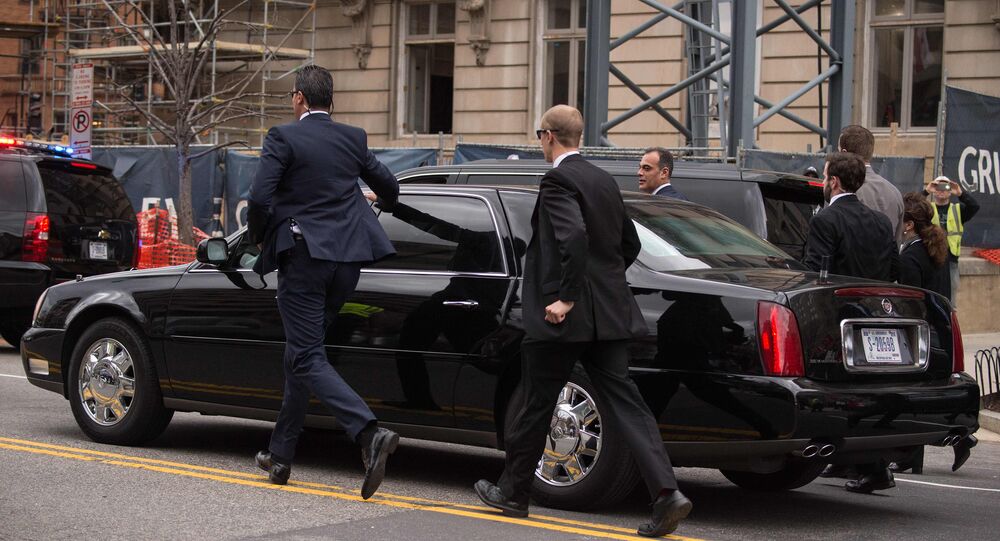 WASHINGTON (Sputnik), Leandra Bernstein – Prior to President Erdogan’s speech at the Brookings Institution on Thursday afternoon, his personal security detail removed a number of reporters from the facility, claiming they could not cover the event.

"The Turkish security tried to remove somebody, and we overruled it and put him [the reporter] back in," Clapper explained.

He added it is "not Brookings’ policy" to remove reporters. "If you are credentialed, you’re in, unless you do something disruptive."

Under the Brookings Institution’s policy, any speaker, except the President of the United States, is required to take questions from the public, Clapped explained. After his speech, Erdogan did take a few questions from attendees.

Four reporters informed Sputnik that they had pre-registered for the event, but were either forbidden from entering the facility by Turkish security, or were removed from the facility before the Erdogan began his speech.

Clapper was able to bring two of those reporters back into the event, where he said at least 30 reporters and eight camera-crews were covering Erdogan’s speech.

Upon hearing reports of the removal of journalists from the Thursday Washington, DC event, the White House restated its support for press freedom around the world, including in Turkey. Ankara has come under international scrutiny for its treatment of journalists, including prosecuting them on charges of espionage, treason and terrorist activities.