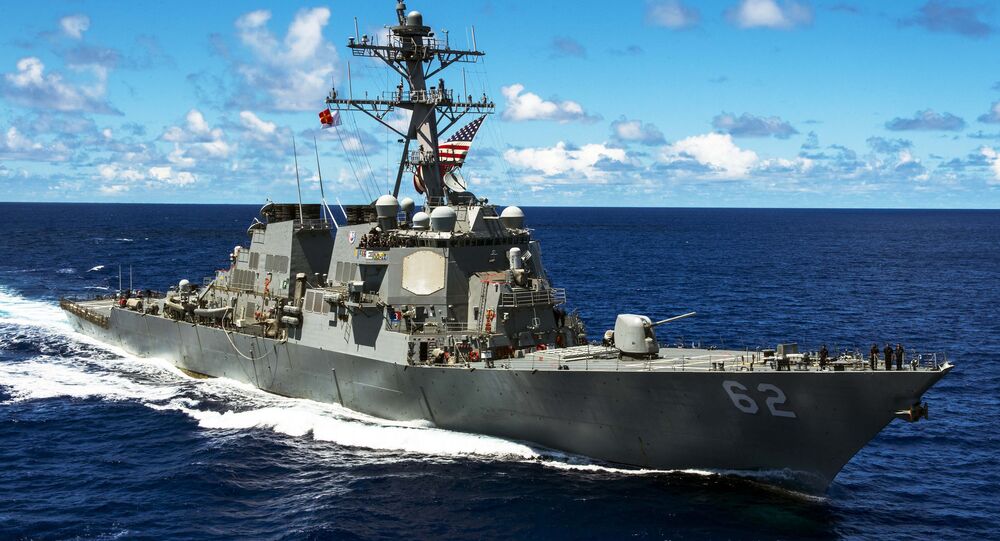 According to General Dynamics, US Navy has awarded funding for another destroyer in the $3.4 billion five-ship contract capable of carrying the Aegis missile defense system.

© Flickr / Jerry and Pat Donaho
US Navy Goes Green, Orders $186Mln Eco-Friendly Energy System for Norfolk Base
WASHINGTON (Sputnik) – The US Navy has awarded funding for another destroyer in the $3.4 billion five-ship contract capable of carrying the Aegis missile defense system, General Dynamics said in a press release on Thursday.

"The $644.3 million contract modification fully funds this ship, which was awarded as part of a multi-year competition for DDG 51 class destroyers," press release stated. "The total value of the five-ship contract is approximately $3.4 billion."

The release described the Arleigh Burke-class destroyer as "a multi-mission combatant that offers defense against a wide range of threats, including ballistic missiles."

US Navy’s New Information System Cost Soars by Over $1.66Bln