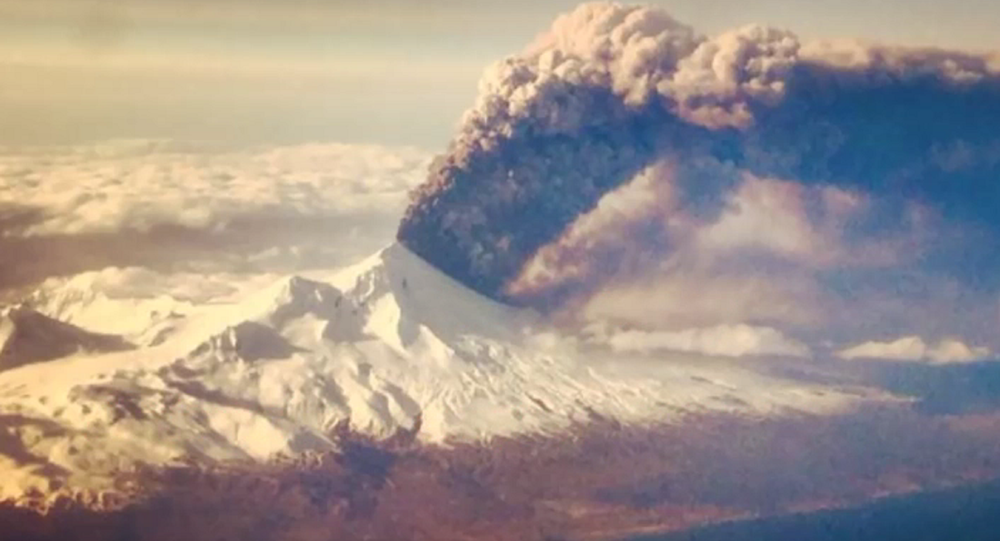 One of the most consistently active volcanoes in the Aleutian arc erupted on Sunday, sending a massive plume of ash 20,000 feet above the ground.

The Pavlof volcano is approximately 600 miles southwest of Anchorage, and the closest community is about 30 miles away.

Following the eruption around 4:18 PM, tremors were reported and the US Geological Survey raised the volcano alert level to “warning,” and the aviation warning to its highest level of “red.”

“As of 4:18 PM AKDT… ash was reportedly moving northward from the volcano,” the Alaska Volcano Observatory wrote. “Seismicity began to increase from background levels at about 3:53 PM… with quick onset of continuous tremor, which remains at high levels.”

On Monday morning, the eruption was still continuing with plumes rising to over 37,000 feet in the air and spreading 400 miles northeast of Pavlof, the Alaska Volcano Observatory reported.

Previously, Pavlof has erupted up to 49,000 feet in the air — and its latest eruption before this weekend topped 35,000 feet in height before dying down.