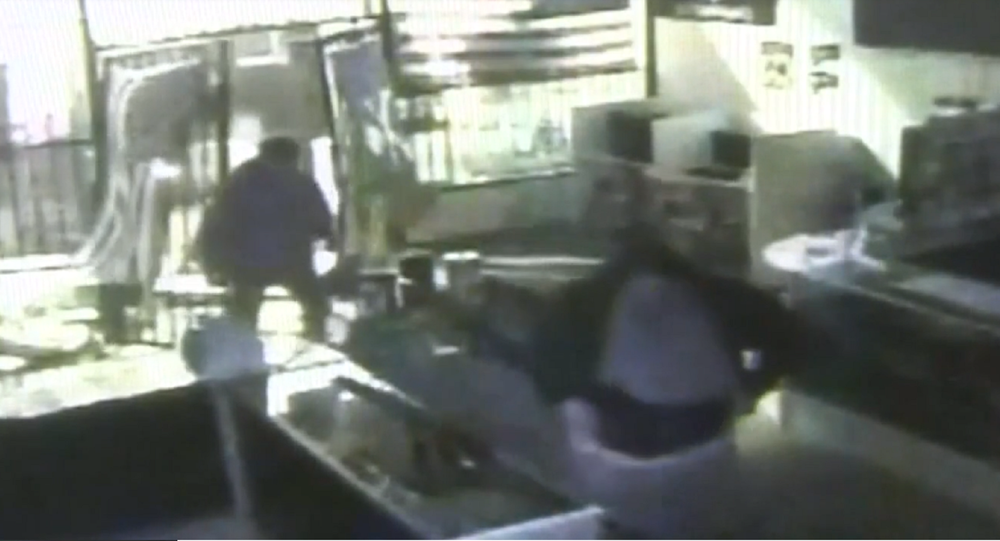 WATCH: Dozens of Guns Stolen in Seconds in Insane Crash-and-Grab

Police in California are searching for thieves who used an eighteen wheeler truck to smash through a gun shop in Ventura -- and stole 15 guns in 48 seconds, right after burglarizing a check cashing business.

The store’s alarm system alerted the police around 4:00 AM on Sunday morning, of a break in at Mega Mart check cashing. Approximately 15 minutes later, an alarm went off at Red Seal Arms about two and a half miles away.

When police arrived at the gun shop, they found extensive damage to the front door and security gate. Police believe that both robberies were committed by the same people, and that it took the robbers two attempts to break through the steel-reinforced front entry.

The 48-second long smash-and-grab was captured on the store’s surveillance system, and blood from one of the suspects was found on a gun at left at the scene. The owner believes they stole about 15 common pistols and rifles, which were not the most expensive at the store. It is still unknown what the burglars took from the check-cashing business.

The truck used in the break in was also captured on security camera at a cleaners next door to the gun shop, the local CBS affiliate reported.

Gunman, Two Others Killed in Attempted Robbery on Pennsylvania Turnpike