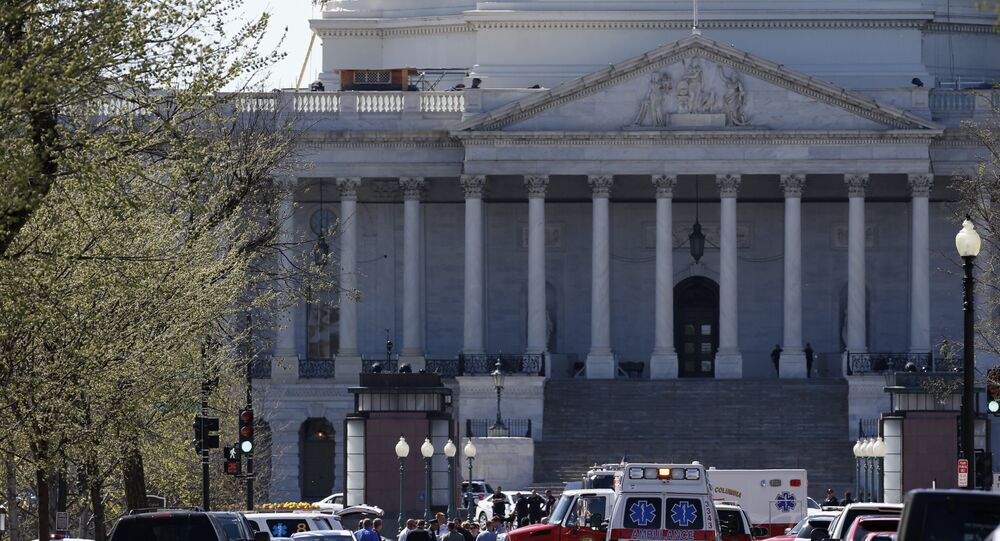 DC police confirm that shots were fired at a visitor center at the US Capitol, with individuals warned to shelter in place.

The shooter is in custody, shot by Capitol Police, and is currently undergoing surgery. US Capitol Police sent out a message to Capitol staff that no one was allowed to enter or exit any buildings.

While Verderosa did not identify the suspect, local media claims that he is Larry Dawson of Antioch, Tennessee.

Capitol Police Chief Matthew Verderosa confirms that a female bystander was also injured during the incident. A weapon, reportedly a pellet gun, was recovered from the scene.

While the identity of the suspect has not been released, Verderosa confirmed that the suspect was known to authorities.

The US Sergeant at Arms confirms that the US Capitol is now open for official business only, but the Capitol Visitor Center remains closed.

Initial reports indicated that an officer had been sustained minor injuries, though Verderosa denied these claims.

Two federal officials told local NBC that the suspect went through a metal detector at the visitor center. When the alarm went off, he pulled out a gun, forcing police to open fire.

Officers are investigating a grey pickup truck with Tennessee license plates at the capitol's parking lot that may belong to the suspect.

Authorities have stressed that this is "an isolated incident at the US Capitol Center" and that "there is no active threat to the public."

Emergency workers rushed to the scene. One ambulance with a Capitol police escort appeared to be en route to the Washington Hospital Center from the Capitol Complex.

The White House was placed on lockdown as a precautionary measure. Though it has been lifted, a heightened security presence remains. At the time of the incident, thousands were on the South Lawn participating in the annual Easter Egg roll.

Thousands of tourists have streamed into DC to celebrate the capital's annual Cherry Blossom Festival. Congress is currently on recess, with most members back in their respective districts.

Earlier on Monday, officials conducted an unrelated shelter-in-place drill at the Capitol.