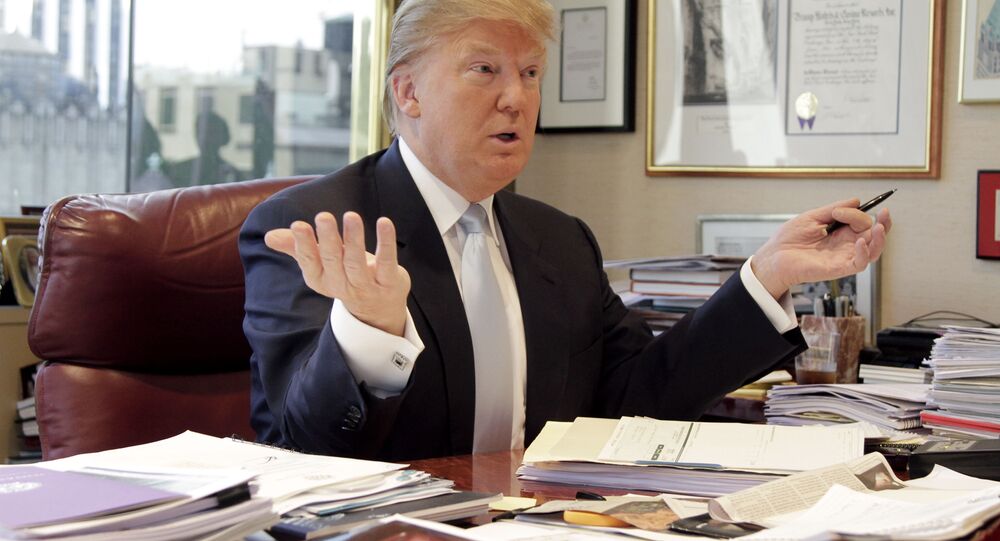 Trump has called for a alternative organization to NATO that would focus on tackling the terrorist threat.

© AFP 2021 / GEORGES GOBET
'Worse Than Useless': NATO Unable to Protect Europe From Daesh
MOSCOW (Sputnik) — US Republican presidential candidate Donald Trump has called for an alternative organization to NATO that would focus on tackling the terrorist threat and rely less on US funding.

Trump has been vocal about his views on changing US foreign policy in the course of the ongoing Republican Party presidential primaries ahead of the 2016 US presidential election. On Thursday, the Republican frontrunner said that the time is right for the United States to renegotiate its NATO membership.

Trump expressed doubt in the current US administration's policy over the conflict in Ukraine. The events have a negligible effect on the United States, Trump told the newspaper, stressing that the confrontation with Russia over the issue amid indifference by Ukraine's immediate neighbours has been unfair and illogical.

In 2015, the United States paid nearly 75 percent of NATO’s budget, according to data compiled by the European Leadership Network.