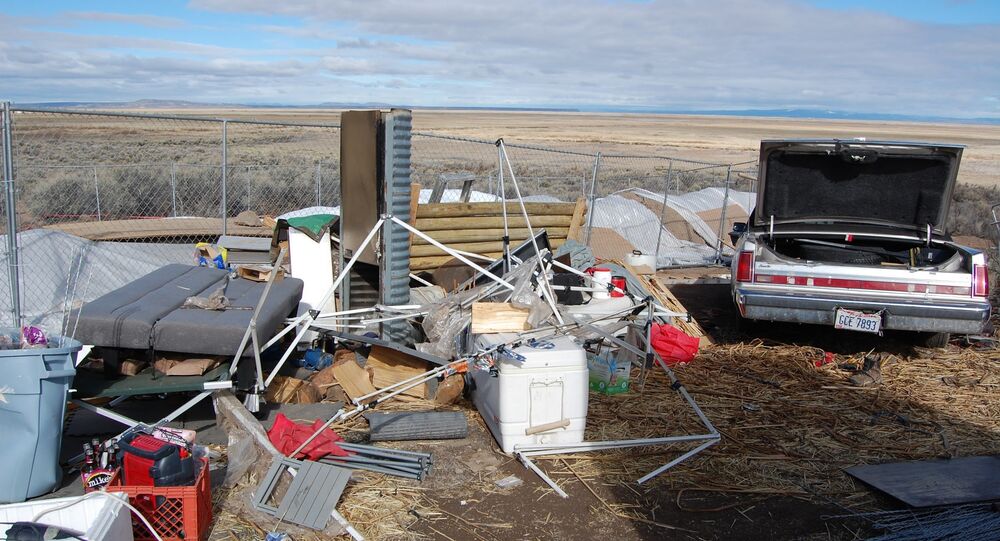 On Friday, the US Fish and Wildlife Service released photos of the damage caused by militia members who spent 41 days occupying the Malheur national wildlife refuge and revealed the occupation cost the agency running the sanctuary over $6 million, which may go up.

On January 2, anti-government activists, led by Ammon Bundy who had previously been involved in an armed standoff at his father’s ranch in Nevada, took over the building in protest of the sentencing of two Oregon ranchers for arson.

The new photos reveal that the protesters left behind a mess of garbage, torn apart offices, a compromised septic system, broken walls, and that property from the buildings has gone missing.

The cost of their occupation is currently estimated over $6 million, but may go up as investigators continue to assess the damage left behind, and that is not including the $3 million spent by Oregon government agencies on law enforcement. It is estimated that it will cost $1.7 million to restore what was damaged and replace items that went missing.

© REUTERS / Jim Urquhart
Oregon Militia Standoff Comes to Close After Tense FBI Negotiations
“These pictures are a microcosm of how bad it really was,” Jason Holm, assistant regional director for the fish and wildlife service, told the Guardian.

“It brings out some emotions and some anger,” Holm said of the employees of the refuge who have returned to the building. “They are thrilled to be back. These are people who generally don’t become biologists to be in the public sphere. They love creatures and places and are passionate about doing their jobs.”

Employees of the refuge are currently working from trailers and have not been able to return to the buildings.

There are currently 26 people facing serious federal charges over the standoff, and one protester, LaVoy Finicum, was killed by law enforcement prior to the conclusion of the occupation.