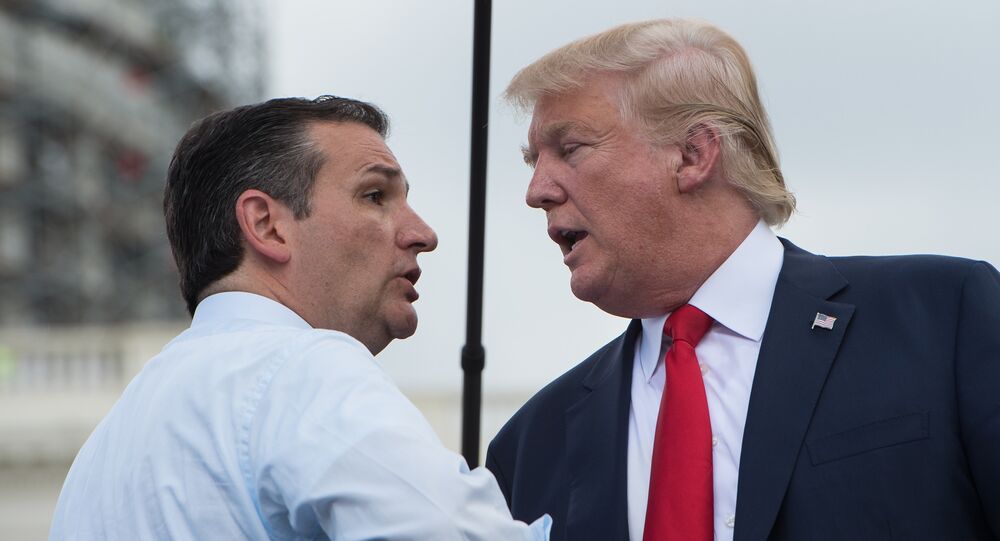 The 2016 GOP War for the White House isn’t confined to the candidates alone, and is now spilling over to the lives of their wives, whose characters are being dragged out onto the battlefield.

The low-brow attacks on the wives of candidates Donald Trump and Ted Cruz began on Tuesday, after a pro-Ted Cruz super PAC released a professionally-shot photograph of a nude Melania Trump from 2000, asking viewers whether the image represents what they want in a First Lady. The Cruz attack ad was reportedly targeted at Republican Mormon women.

“It’s objectionable because in typical porn/porn-lite fashion, it features her handcuffed to a briefcase, looking vulnerable, and sends an implicit message of female subservience, as a lot of photos of tethered, naked women produced for male titillation and consumption do. And Mormon women don’t much like that,” Liz Mair, who designed the ad and denies that it was intended to be “slut-shaming,” told Vox.

Trump, in character, fired off an angry tweet at Cruz, warning that the Texas senator should "be careful," or Trump would "spill the beans on your wife," Heidi Cruz.

"Lyin' Ted Cruz just used a picture of Melania from a G.Q. shoot in his ad. Be careful, Lyin' Ted, or I will spill the beans on your wife," Trump tweeted Tuesday evening.

Cruz responded to the real estate mogul on Twitter, saying that the ad was not from him, and that if Trump went after his wife, Heidi, then Trump is a "coward."

"Pic of your wife not from us. Donald, if you try to attack Heidi, you're more of a coward than I thought. #classless," Cruz tweeted.

On Tuesday evening, former Massachusetts governor and Republican presidential candidate Mitt Romney, who has been outspoken about Trump’s lack of decorum, joined in on the wife bashing, quickly bringing himself down to the level he had previously spoken against.

“Donald Trump has had several foreign wives,” Romney joked at the annual dinner for the National Republican Congressional Committee. “It turns out that there really are jobs Americans won’t do.”

On Wednesday evening, Trump responded with another low blow, retweeting an unflattering photo of Heidi in a side-by-side with the glamourous Melania.

Yet, as the candidate war trolls on, those who had been attacking Trump for his sexist remarks about women have apparently decided that if you can’t beat him, join him. The two leading Republican candidates still consider women to be an easy target for bigotry.