FBI and NYPD detectives were sent to Brussels to investigate Tuesday's terror attacks after it emerged that US citizens were harmed in the bombings.

The US' Federal Bureau of Investigation (FBI) and New York Police dispatched detectives to Brussels to investigate the bombings, AFP reported.

Three American Mormon missionaries were wounded by the explosions at the Brussels airport, which prompted the United States to take part in the investigation. The Daesh terrorist group killed 35 people in multiple attacks on Brussels' airport and subway system.

"Because there are Americans among the casualties and US persons in the attack in Belgium, there will be an FBI investigation coming out of the New York City Joint Terrorism Task Force," New York deputy police commissioner for intelligence and counterterrorism said on Tuesday. 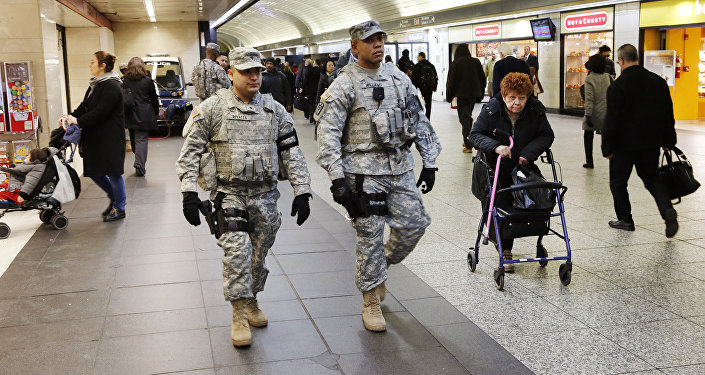 © AP Photo / Mark Lennihan
New York Deploys Additional Counterterrorism Troops Amid Brussels Attacks
"We expect agents and New York City detectives, or Task Force officers, to be gearing up to leave for that investigation overseas as early as tonight or tomorrow," he added.

The FBI and New York Police previously took part in investigations of terrorist attacks against Americans abroad, including the al-Qaeda-perpetrated USS Cole bombing in Yemen in 2000 and US Embassy bombings in Kenya and Tanzania in 1998.