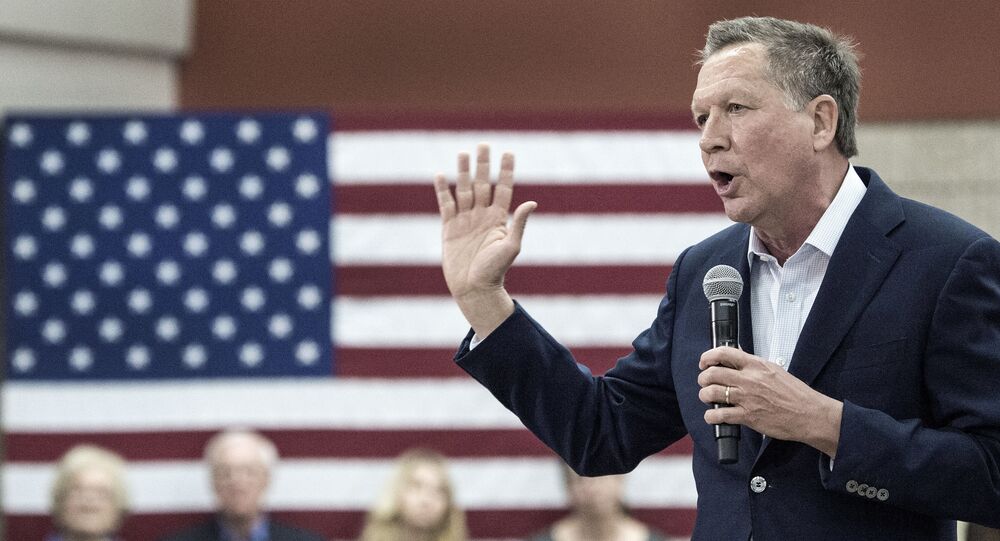 In a hypothetical national election held today, Republican frontrunner Donald Trump would lose to both Democratic candidates, Hillary Clinton and Bernie Sanders in the quest for the US presidency, according to a poll by Quinnipiac University released on Wednesday.

WASHINGTON (Sputnik) — Trump’s closest rival Senator Ted Cruz would also lose, according to the poll. In fact, the only Republican who could beat either Democratic candidate is Governor John Kasich of the US state of Ohio, a so-called moderate who has been all but ignored by the Republican establishment and is last in the primary contests to select the Republican nominee thus far.

"Though short on delegates and short on time, Senator Bernie Sanders and Governor John Kasich can hang their hats on the fact that if folks went to the polls today, they'd fare better than the other candidates," Quinnipiac University Poll Assistant Director Tim Malloy said in a press release accompanying the survey.

© AFP 2020 / Michael B. Thomas
Trump Sick & Tired of US 'Leading Potential Third World War Against Russia'
Trump would lose to Sanders by a 52-38 percent margin and Trump would lose to Clinton by a much narrower 46-40 percent vote, according to the poll.

The poll also reveals that neither Trump nor Clinton are particularly popular with US voters.

"Donald Trump and Hillary Clinton may have the overall leads among primary voters, but there is not a lot of love in the room, as a big percentage of Americans say of the front-runners they could take 'em or leave 'em," Malloy noted.