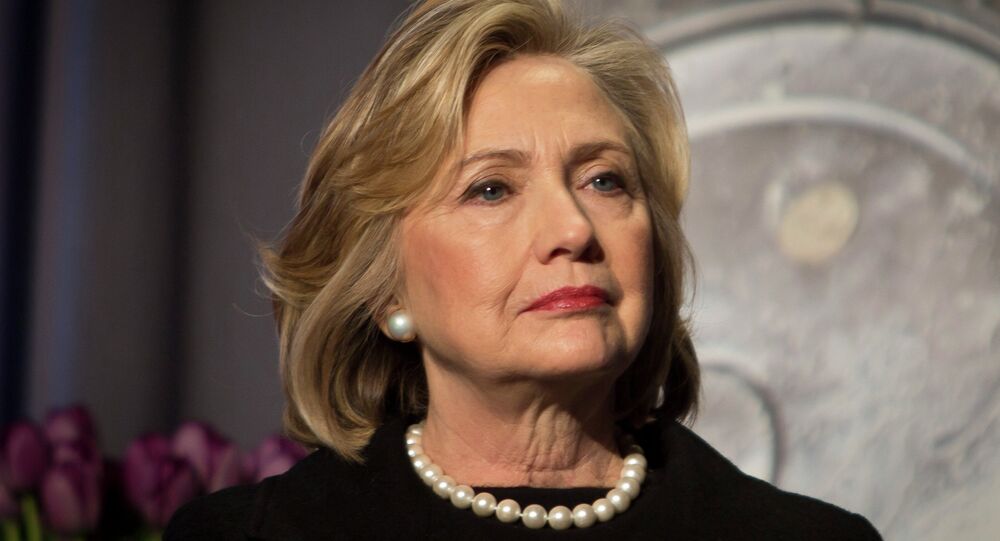 Buried within Hillary Clinton’s private server is an email which proves that the former US Secretary of State wanted Syrian President Bashar al-Assad out of power for the sake of Israel, assuring her partners that Russia would not get involved.

As Clinton moves closer to victory in the Democratic primary, WikiLeaks compiled emails from her controversial private server into a convenient search engine. One of those emails demonstrates the former Secretary of State’s interest in Syrian regime change.

"The best way to help Israel deal with Iran’s growing nuclear capability is to help the people of Syria overthrow the regime of Bashar Assad," reads an email concerning Iran’s nuclear program.

According to the email, Clinton views the "strategic relationship between Iran and the regime of Bashar Assad" as a threat to Israel’s security.

"The end of the Assad regime would end this dangerous alliance. Israel’s leadership understands well why defeating Assad is now in its interests," the email reads.

"Bringing down Assad would not only be a massive boon to Israel’s security, it would also ease Israel’s understandable fear of losing its nuclear monopoly."

By toppling Syria, the email argues, the United States may be able to soothe Israel’s fears regarding Tehran’s nuclear program.

"With Assad gone, and Iran no longer able to threaten Israel through its proxies, it is possible that the United States and Israel can agree on red lines for when Iran’s program has crossed an unacceptable threshold," it reads.

"In short, the White House can ease the tension that developed with Israel over Iran by doing the right thing in Syria."

While the chaotic results of the NATO bombing campaign in Libya should have served as a warning, Clinton dismissed these concerns.

"Libya was an easier case. But other than the laudable purpose of saving Libyan civilians from likely attacks by Qaddafi’s regime, the Libyan operation had no long-lasting consequences for the region."

The fall of Qaddafi has, of course, completely destabilized a formerly secure nation and exacerbated the European refugee crisis.

"Washington should start by expressing its willingness to work with regional allies like Turkey, Saudi Arabia, and Qatar to organize, train and arm Syrian rebel forces."

Clinton also gave her assurances that Russia would not seek to intercede in Syria.

"Russian officials have already acknowledged they won’t stand in the way if intervention comes," the email reads.

In hindsight, Clinton was proven wrong about most, if not all, of her Syrian policies.