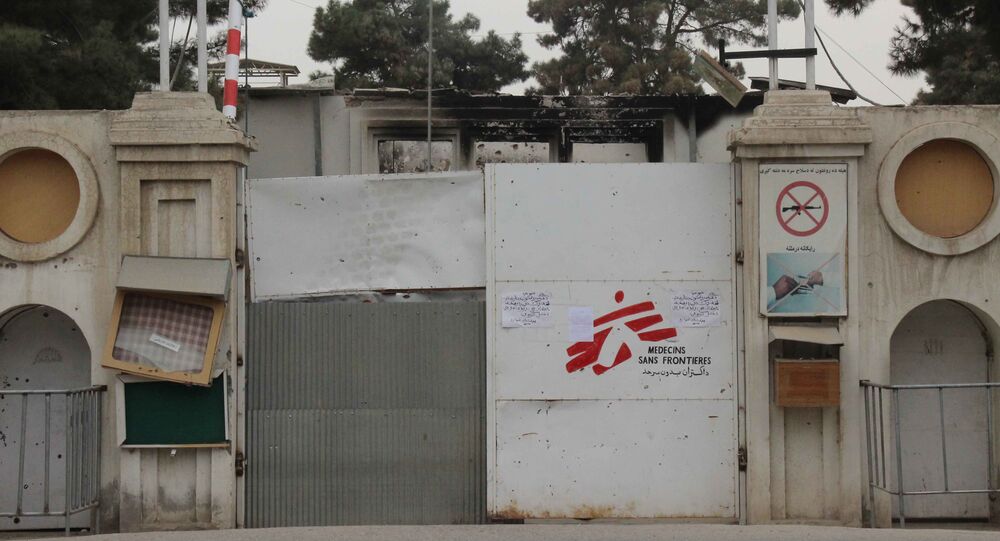 US General John W. Nicholson, a newly-appointed commander for American and NATO forces in Afghanistan, has apologized for last year’s bombing of a Doctors Without Borders, or Medecins Sans Frontieres (MSF), hospital that killed 42 people and left 37 others injured.

The hospital remains closed, and the organization has described the US bombing as a war crime and is demanding an international investigation, but no move toward a judicial resolution on the international stage has been made.

General Nicholson, on Tuesday, went to the northern Afghan city of Kunduz and apologized to the staff and relatives of victims, Press TV reported.

"As commander, I wanted to come to Kunduz personally and stand before the families, and people of Kunduz, to deeply apologize for the events" that led to the bombing, Nicholson said. "I grieve with you for your loss and suffering; and humbly and respectfully ask for your forgiveness.”

The attack on the hospital lasted over an hour, and reportedly continued for 17 minutes after the local military headquarters had been told they were firing rockets into a civilian hospital filled with doctors and patients.

US military officials have stated that over a dozen of their personnel have been disciplined for the bombing, yet no criminal charges have been filed. According to a source who spoke to Press TV, the punishments were “largely administrative, such as letters of reprimand and ending chances for further promotion.”

The commander at the time, Army General John Campbell, has since stepped down, acknowledging that the US was at fault for the massacre, during a congressional hearing.

Death Toll From US Kunduz Hospital Bombing Rises to 42

Almost 300 Dead, Over 550 Injured During Taliban Attack on Kunduz