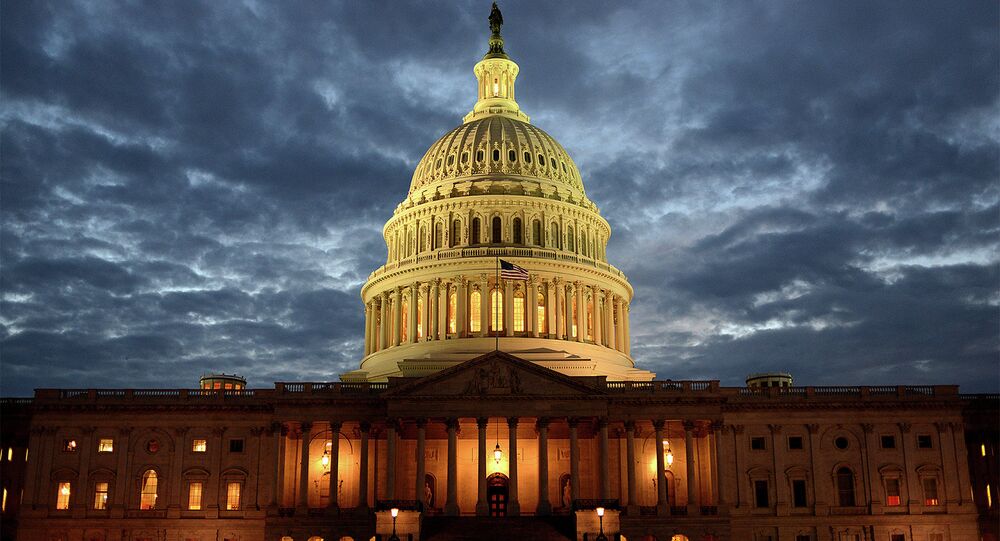 Pro-Donald Trump websites are having a meltdown over Democracy Spring, a protest and mass civil disobedience event planned for the month of April, demanding Congress take immediate action to end the corruption of big money in politics and ensure elections are free, fair, and afford every American an equal voice.

The protest begins April 2nd with a rally at the Liberty Bell in Philadelphia, Pennsylvania, and participants have pledged to march the 140 miles to Washington, DC. The demonstration is set to arrive in the nation’s capitol on April 11, where they will then stage a non-violent sit in until the 18th, or until everyone is arrested.

“Over 2,000 people have already pledged to risk arrest between April 11th-18th in what will be one of the largest civil disobedience actions in a generation. Together we can open the door to reforms previously considered impossible and reclaim our democracy,” the website states.

Those who have pledged to attend and risk arrest at the Capitol include Mark Ruffalo, Larry Lessig, and Zephyr Teachout, as well as dozens of other civil society leaders, according to the organizers.

Following the mass sit-in, the organizers say that thousands more are expected to pour into the nation’s capital for three additional days of direct action, public education, and mass mobilizations.

“With hundreds of patriotic Americans being sent to jail, day after day for at least a week — simply for sitting in to save our democracy — the drama in Washington will rock the business-as-usual cycle of this election and catapult this critical issue onto center stage,” the website states.

The event has been endorsed by over 100 organizations such as MoveOn.org, the Institute for Policy Studies, Demos, and the nation’s largest labor federation, the AFL-CIO.

The demonstrations are being promoted as part of a nonpartisan, nonviolent movement — but you would never guess that from articles stoking fears for Donald Trump supporters.

The Democracy Spring website and mission statement make no comment of Trump, yet websites such as Breitbart News, known to be Trump campaign loyalists, are in a tizzy.

“With little fanfare and almost no news media attention, some of the same radical groups involved in shutting down Donald Trump’s Chicago rally last week are plotting a mass civil disobedience movement to begin next month,” Aaron Klein wrote in an article.

During a Republican debate in Las Vegas in December 2015, Kai Newkirk, the founder of Democracy Spring, interrupted the event by yelling “the American people deserve free and fair elections, not billionaire auctions,” and now Breitbart is responding.

Klein’s connection between Democracy Spring and Trump is based on Newkirk’s previous solo protest and the event having the endorsement of MoveOn.org, who helped to organize the protest in Chicago that caused the GOP frontrunner to cancel his appearance last week.

The organization focuses on many issues however, not just the former reality television star, and this upcoming protest is aimed at Congress.

Another website, called “Patriot News,” wrote “today’s Black Lives Matter and the other fringe radicals taking part in the ‘Democracy Spring’ plan to use violence to promote their agenda,” though there are no calls for violence by any of the participants or organizers, as the website has firm rules laid out against violence by those engaging in protest.

“We will use no violence, verbal or physical, toward any person.

We will maintain an attitude of openness and respect toward all we encounter in our actions.

We will not destroy or damage any property.

We will carry no weapons or any means of physical defense, including shields.

We will not wear masks or otherwise conceal our faces or identities.

We will exercise personal and collective responsibility to ensure that all participants adhere to this agreement.”

A website called “Wrong Planet” wrote of the nonpartisan event, “if you think the Right won't fight back, think again.”

Peter James Callahan, the Democracy Spring Communications Director, asserts there is no truth to the claims of the right-wing media. He noted that the goals of Democracy Spring parallel much of Trump's campaign rhetoric about big money.

"Democracy Spring is not a response to Donald Trump. It is a response to the corruption of big money in our politics and the erosion of voting rights and ballot access that many Americans now face and which disproportionately hits people of color, students, and low-income Americans,” Callahan told Sputnik.

"As long as Trump continues to spew his vile hate speech he will most likely be able to stay in the news. However, the issues that we are taking up are much bigger than any single campaign or election. A vast plurality of Americans of all political persuasions believe that big money has a corrupting influence on our democracy and that it is well past time to end this legalized bribery. As such, we believe that our campaign will be able to transcend the deluge of hate speech, lies and free media that has come to define Donald Trump's craven quest for the presidency and in doing so bring the country that much closer to tackling the systemic problems that we currently face.”

Callahan firmly stated that Democracy Spring is not responsible for any previous anti-Trump protests and that they have no plans to confront him now or in the future, despite his childish bullying threats which he considers “extremely worrisome.”

"It is ironic that the staff at Breitbart would imply otherwise when Trump and a great many of his supporters are on record in support of limiting the corrosive influence that big money currently has on our political process — a goal that is at the very heart of the Democracy Spring campaign,” he stated.