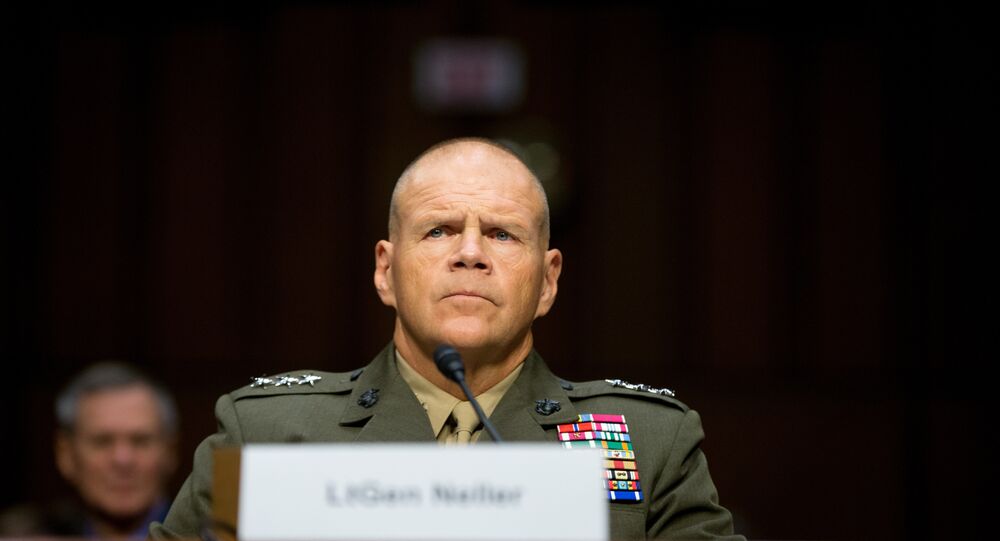 © AFP 2020 / GERARD CERLES
NATO Defense Experts Slam Alliance’s Military Readiness
MOSCOW (Sputnik) — Speaking before the House Armed Services Committee, the commander said that the rising number of mishaps were indicative of the military branch’s waning readiness. According to the US outlet, over the past decade, the number of such incidents has climbed from an average of 2.15 a year to 3.96 in the first three months of 2016.

"Our ability to meet other regional requirements for major contingency plans, we would be able to do that, but we probably would not be able to do that in the time frame that the current plans call for us to arrive to participate in that conflict," Neller said, as cited by the Defense News website on Wednesday.

Last month, US President Barack Obama sent his $4.1-trillion budget proposal to the US Congress. The budget includes a proposed $582.7 billion to fund the Department of Defense.

Moscow Satisfied With US Readiness to Coordinate Efforts in Syria