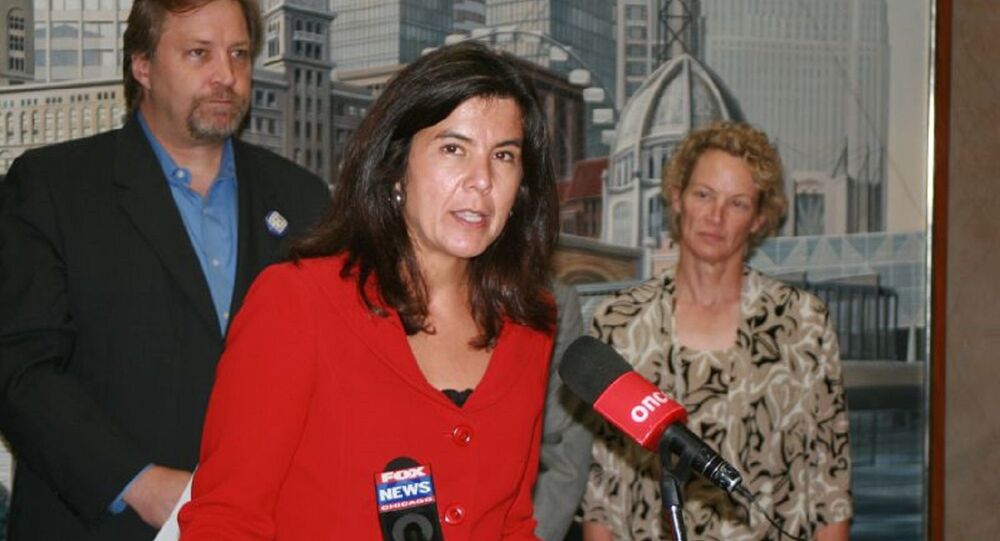 In the wake of massive protests, grassroots activists claimed two major victories last night when the Cook County, Illinois, State's Attorney Anita Alvarez, accused of aiding police murder coverups, was ousted along with Cleveland prosecutor Tim McGinty, who has been under fire for his handling of the Tamir Rice case.

The backlash against Alvarez gained national attention after she failed for over a year to bring charges against the Chicago police officer who killed 17-year-old Laquan McDonald, only finally doing so when a judge ordered the video of his shooting to be released to the public.

It was later revealed that Alvarez failed to file charges against police officers in 68 fatal shootings during her time in office.

The grassroots movement to remove her from office included protests by groups including Assata’s Daughters — a collective of black women who launched the campaign to remove Alvarez — and Black Lives Matter. The movement was accompanied by the #ByeAnita hashtag on Twitter. Their fight was successful, as the two-term state’s attorney only received 29% of the vote, in comparison to Foxx’s 57.5%.

“Chicago Black youth kicked Anita Alvarez out of office,” Assata’s Daughters wrote in a statement following Alvarez’s concession remarks. “Just a month ago, Anita Alvarez was winning in the polls. Communities who refused to be killed and jailed and abused without any chance at justice refused to allow that to happen. We did this for Rekia. We did this for Laquan. We won’t stop until we’re free and Kim Foxx should know that well.”

“You cannot look at the criminal justice system in a vacuum. We need a broader and more holistic view of how we prevent crime and how we keep communities safer,” a view to which the state’s attorney must be held accountable, Foxx told the Chicago Reader. “The public has to hold feet to the fire on these issues. And Anita Alvarez’s feet have not been held to the fire.”

© AP Photo / Tony Dejak
Activists Hold New Protest Over Acquittal of Cops Who Killed Tamir Rice
Foxx was highly critical of Alvarez, particularly of her handling of the McDonald case, throughout her campaign. She even used a portion of the McDonald video – showing him walking down the street just before he was shot – in one of her ads.

In Ohio, McGinty was the subject of protests after he announced that no charges would be brought against Cleveland police officer Timothy Loehmann, who shot 12-year-old Tamir Rice as he played with a toy gun, seconds after he pulled up in front of the child in his squad car. McGinty personally confirmed that he had recommended to the grand jurors that they not indict the officers involved, essentially doing the defense’s job for them.

Activists hope that these massive upsets send a message to other prosecutors: that if they do not do their jobs satisfactorily, they will be replaced.