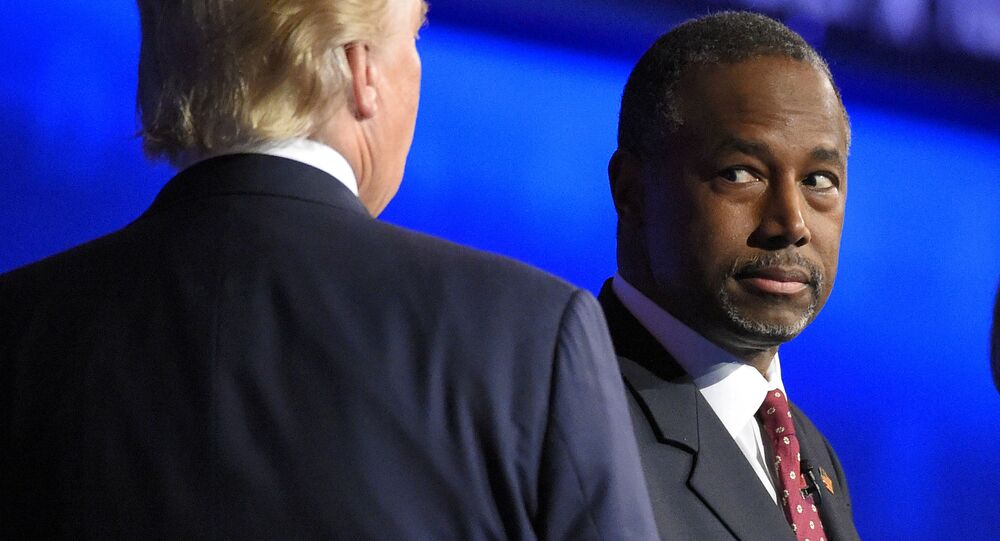 Doctor Ben Carson’s endorsement of Donald Trump on Friday appears to have come at a price, in the form of a promised position within the Trump administration, which may be illegal.

“I didn’t see a path for [John] Kasich, who I like, or for [Marco] Rubio, who I like. As far as [Ted] Cruz is concerned, I don’t think he’s gonna be able to draw independents and Democrats unless has has some kind of miraculous change… Is there another scenario that I would have preferred? Yes. But that scenario isn’t available,” Carson told NewsMax TV on Monday, clarifying that he would have preferred to back another candidate.

Carson admitted that Trump promised him a role in his administration, “certainly in an advisory capacity,” but when asked if that meant a cabinet position, the doctor said that he could not “reveal any details about it right now, because all of this is still very liquid.”

Under federal election laws, candidates are expressly prohibited from directly or indirectly promising “the appointment of any person to any public or private position or employment, for the purpose of procuring support in his candidacy.” Violation of this law includes fines or a year in jail, two years if the violation was willful, ThinkProgress reports.

Carson stated that even if Trump is a bad president, it will only be four years, urging fellow Republicans not to let the race become a brokered convention.

“The way I look at it, even if Donald Trump turns out not to be such a great president — which I don’t think is the case, I think he’s going to surround himself with really good people — but even if he didn’t, we’re only looking at four years,” Carson said. "As opposed to multiple generations and perhaps the loss of the American dream forever.”

Carson urged Democrats to stop the protests at Trump rallies across the nation, stating, incorrectly, that protest is against the Constitution.

“I think we stand up vigorously and say, ‘This is un-American, what you’re trying to do by trying to suppress someone else’s ability to speak is not according to our Constitution and in particular our Bill of Rights,'” he said of the protests. “[We need] to say this forcefully, and this needs to come from multiple sources. I think the Democrats need to be saying this too. This is, as far as I’m concerned, not a partisan issue.”

Despite his creative interpretation of US constitutional law, the First Amendment specifically protects a person from being subject to prosecution by the government for their speech. The First Amendment does not permit a person to deny the free speech of others.