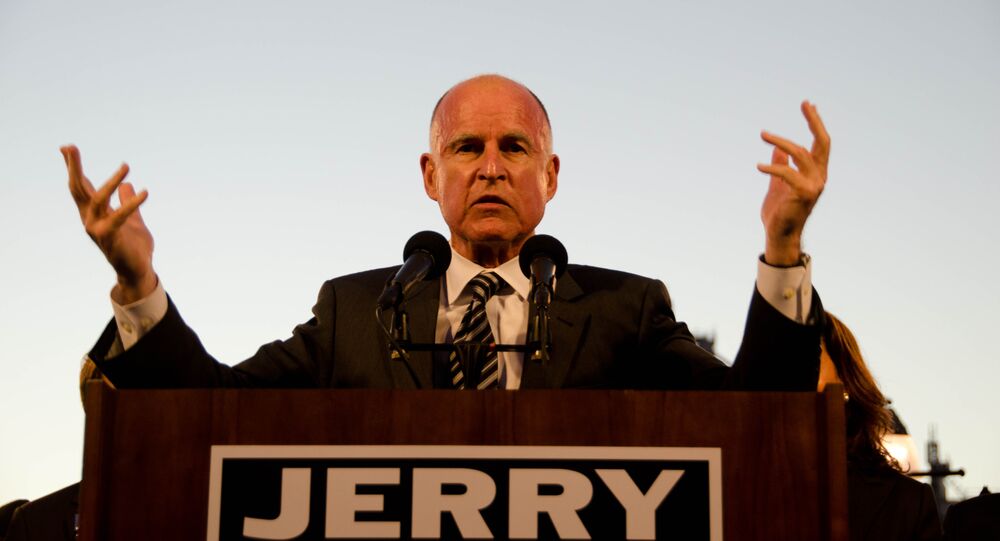 California Governor Jerry Brown joked on Monday that should Donald Trump win the presidency, he will need to build a wall around his state to protect it from the rest of the country.

The Democratic governor was speaking at a dinner of labor union members in the construction trades when the topic turned to the Republican frontrunner.

“I promise that if Trump were ever elected, we’d have to build a wall around California to defend ourselves from the rest of this country,” Brown remarked.

The crowd, members of the California Labor Federation and State Building and Construction Trades Council of California, broke out in laughter at the prospect.

© AFP 2021 / ALFREDO ESTRELLA
Mexican President Likens Trump to Hitler, Says Country Will Not Pay for Wall
“By the way that is a joke,” Brown added. “We don’t like walls, we like bridges.”

The 77-year-old, who is the longest-serving governor in California’s history, spoke on how the state workforce has benefitted from immigration.

“Some of these old white guys ought to recognize that the whole pension system would collapse if we didn’t have a bunch of young people coming into this country and into this state,” the governor said. “They’re not all coming from here. They’re coming from other places.”