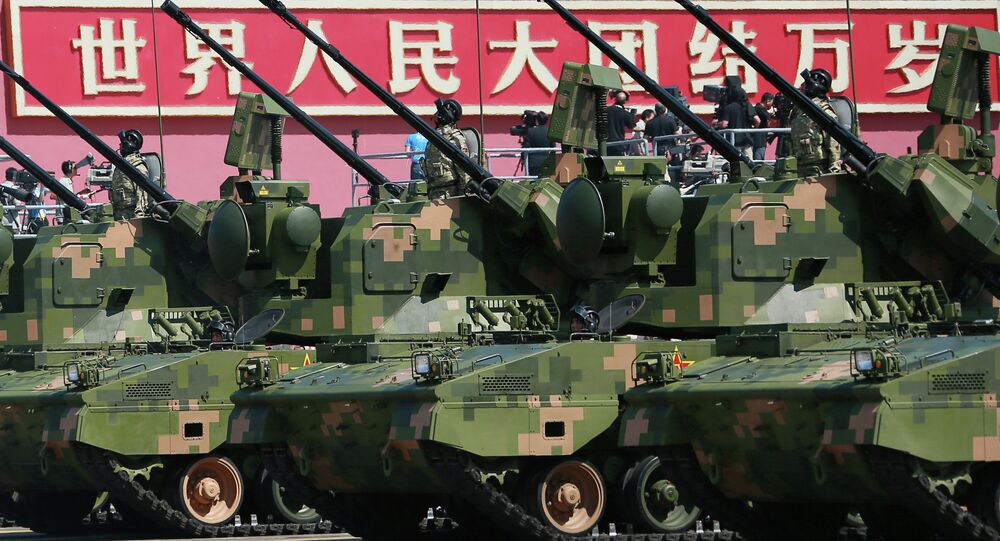 Donald Trump, the Republican Presidential frontrunner, lauded the Chinese government for their “strong” leadership when they put down the “riot” in Beijing in 1989.

Trump made the comments during the latest Republican debate. The moderator asked Trump to explain comments he made to a magazine in 1990 in which he extolled the Chinese Communist Party’s ability to control their citizenry.

​“The Chinese government almost blew it,” Trump told Playboy magazine then. “Then they were vicious, they were horrible, but they put it down with strength. That shows you the power of strength. Our country is right now perceived as weak.”

​In the debate, Trump defended his statement arguing it was not an “endorsement” of Beijing or their reaction to the protest.

“Strong doesn’t mean good,” he said. “I say it as the fact… I said, that is a strong powerful government that put it down. They kept down the riot, it was a horrible thing."

​The government crackdown in 1989 stemmed from a massive movement among Chinese students and academics.

“Prior to June 4th, 1989, student-led protests were erupting at universities around the country,” according to China Cheat Sheets. “Representing a rising middle class, they were demanding more freedoms from the restrictive government including speech and access to education.”

Wait this is an actual quote from Trump praising the Chinese for the Tiananmen Square massacre.#GOPDebate pic.twitter.com/RU9GDzao3P

​The Chinese government, however, saw the protest as an affront to the state and sent in the military to crackdown on what they branded to be an anti-party, anti-government revolt. According to China Cheat Sheets, the military removed the bodies immediately in the aftermath and Beijing has declined to give an official death toll.

Other Republican candidates appeared to disagree with Trump’s perception of the incident.

“The Chinese government butchered those kids,” former Ohio Governor John Kasich said in response at the debate. “And when that young man stood in front of that tank; we ought to build a statue of him over here when he faced down the Chinese government.”

Tiananmen Square massacre: who has learned its lessons?

China hits back at U.S. criticism over Tiananmen