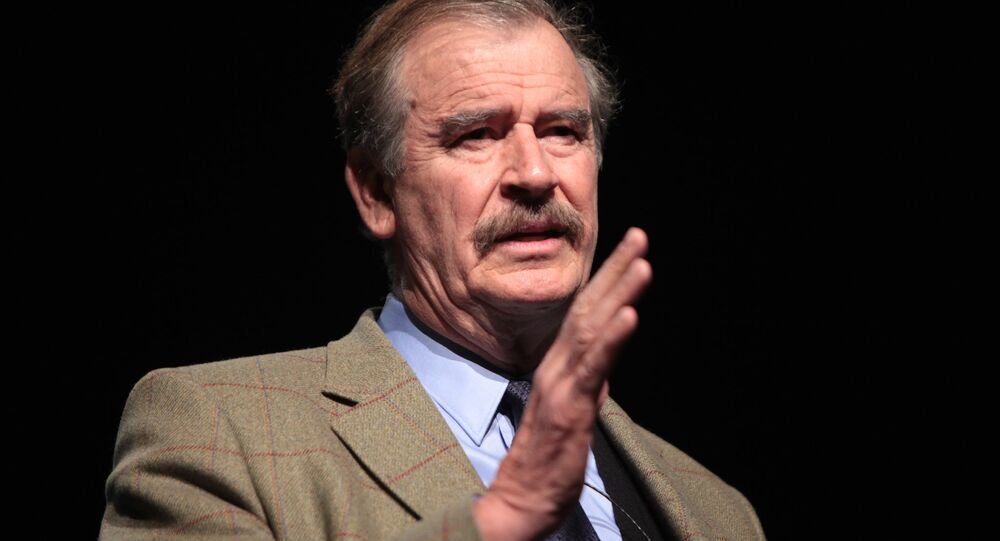 Former Mexican President Vicente Fox is doubling down on his condemnation of the frontrunner for the Republican nomination for the US presidency, Donald Trump, calling him “ignorant … crazy … egocentric … nasty … a false prophet,” and begging Americans to wake up.

© AP Photo / LM Otero
Protester Punched, Reporter Roughed Up at Trump Events
“We have to act now, not wait until he is sitting in the president’s chair,” Fox said.

This isn’t the first time Fox has lashed out at the former reality TV producer. Last month the former president told Fusion that, if he were in office now, he would not pay for Trump’s “f*cking wall.” His remark quickly became the F-bomb heard around the world, capturing global headlines. Fox also compared the billionaire candidate to Hitler.

“A discriminator who thinks that the white race is the supreme race makes me think of Hitler…. He initially made proposals in a democratic environment, but once he was in power he turned into a dictator,” Fox said.

Trump has since demanded an apology from the former Mexican leader, but it seems unlikely he will receive one.

“This character will die politically for being a liar, for being a false prophet,” Fox stated.

It wasn’t just Trump who caught Fox’s ire, however, as he also called out the other top Republican candidates who are pushing for mass deportations of undocumented immigrants to the US.

“God save us from them because the Republicans weren’t like that before. Ted Cruz and Marco Rubio reject their own roots,” Fox said.

Alongside his angry words, Fox maintains that Mexicans are strong people, who will not be intimidated or offended by threats from the right wing of the US government.

“They can put up a big wall, they can abuse us. We are small here but we are spicy, like chili peppers. We, Mexicans, don’t let anyone offend us.”

Trump: US Citizens Should Remain Vigilant as Islam 'Hates Us'