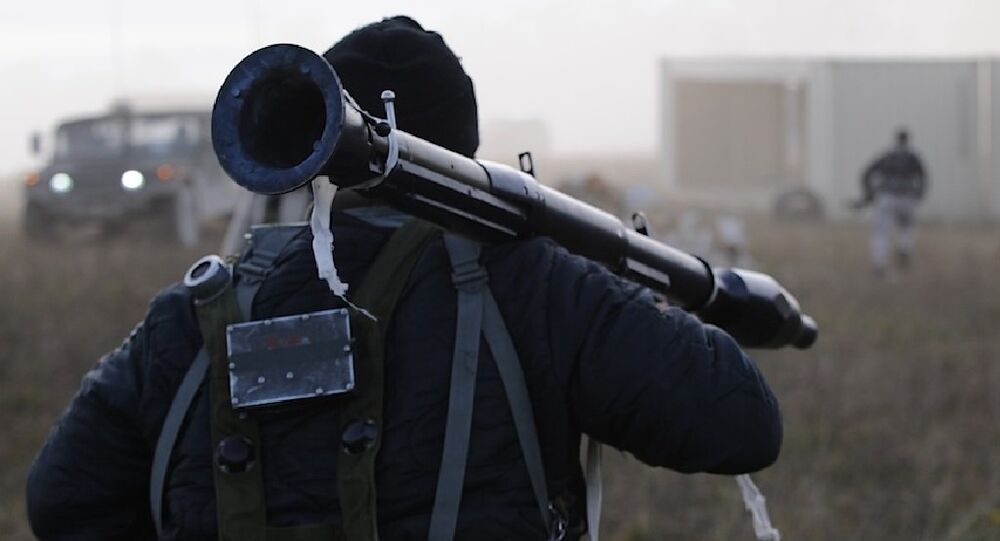 New mercenaries of the US company DynCorp have recently arrived in Yemen to fight rebels in the country. They should replace the mercenaries of the company Blackwater, many of whom had been killed in battle, German newspaper Deutsche Wirtschafts Nachrichten (DWN) reported.

The first mercenaries of the private US military company DynCorp arrived on Wednesday at the Yemeni port of Ras Omran southwest of Aden. They will replace Blackwater's mercenaries, since the latter were unable to defeat the Houthi rebels, DWN wrote, citing the Greek newspaper tribune.

© AP Photo / Hani Mohammed
Yemen Receives Just 2% of Required $1.8Bln in Aid
In recent weeks, about 39 Blackwater soldiers were killed in Yemen during the fighting. For instance, on February 1 the US Blackwater Commander Nicholas Boutros was killed in battle in the Yemeni province of Lahij.

The deployment of new DynCorp soldiers was initiated by the United Arab Emirates (UAE) which supports the official government in Sanaa and promised three billion dollars for the campaign.

Earlier, representative of Amnesty International (AI), Donatella Rovera, said in an interview with Wiener Standard that all parties to the conflict are responsible for civilian casualties in Yemen, with most deaths being caused by the airstrikes of the Saudi-led coalition.

She also pointed out the active involvement of the EU and the US in the military actions in the country.

"Both EU member states and the United States support these bombings — 99.9 percent of the bullets and bombs that I have seen in Yemen, were made by US […]. Moreover, consultants from the United States and possibly also from the UK assist the coalition in the target selection," Rovera said.