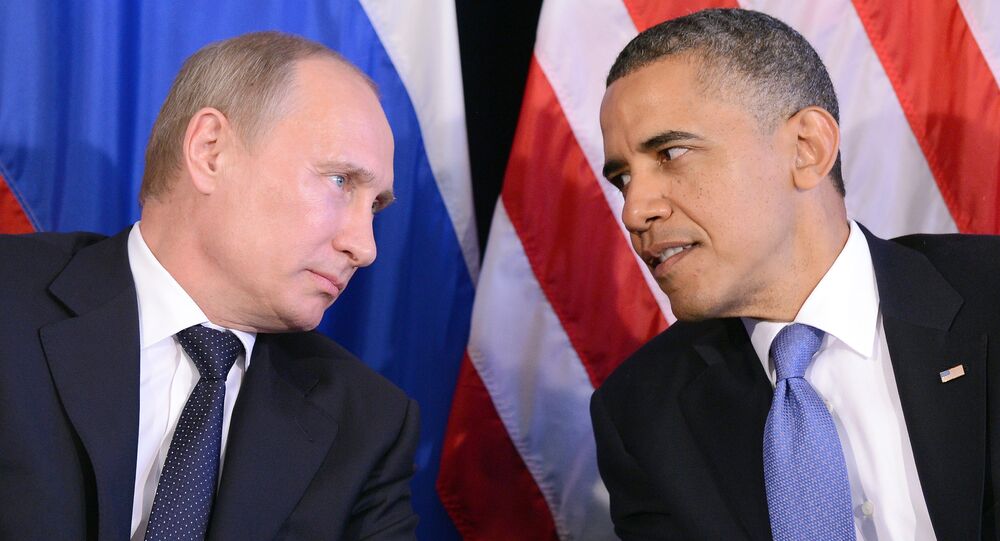 © AFP 2021 / Michael B. Thomas
Trump Says He Could Negotiate Israel-Palestine Deal by Being More Neutral
WASHINGTON (Sputnik) – US presidential candidate, billionaire Donald Trump, who is the frontrunner for the Republican party, called Russian President Vladimir Putin a "very strong leader."

"I think Putin’s been a very strong leader for Russia, he’s been a lot stronger than our leader, that I can tell you," Trump said during a Thursday Republican presidential debate broadcast by CNN. "That doesn’t mean I’m endorsing Putin," he added.

Earlier this month, Trump said during a presidential debate that it would be "nice" if relations between the United States and Russia could improve.

Unlike most of his Republican rivals, who have criticized Russia for its actions in Ukraine and Syria, Trump said last September that he would "get along with" Russian President Vladimir Putin.

US-Russia relations deteriorated in early 2014 largely due to Crimea's reunification with Russia and the escalation of the internal conflict in Ukraine. Moscow has repeatedly stressed that it is not involved in the Ukrainian conflict, and that Western sanctions introduced against Russia as a punitive measure are counterproductive and hurt all sides involved.