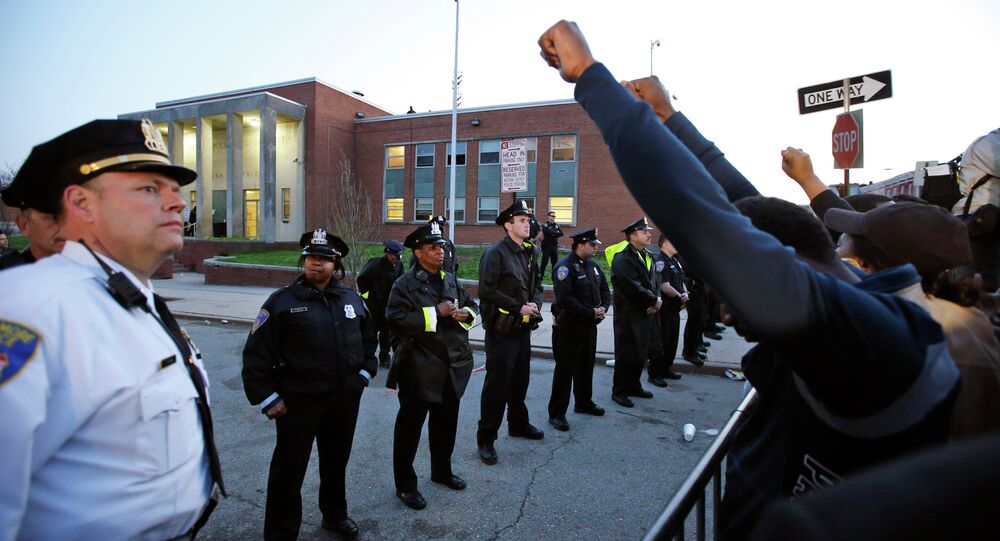 A survey conducted in the neighborhood where Freddie Gray was arrested, in a confrontation that led to his death at the hands of local law enforcement, has found rampant police abuse and misconduct -- with about one third of the community surveyed reporting negative interactions with police.

The No Boundaries Coalition, a resident-led advocacy organization, surveyed 1,500 people in the Sandtown-Winchester neighborhood of West Baltimore about police behavior. Negative interactions were reported by 453 people, but nearly everybody surveyed detailed excessive use of force.

“It used to be that if you did something illegal, they patted you down, they arrested you, and they locked you up,” one resident stated. “Now, they don’t even arrest you, they just take you in the alley and they beat you up. It doesn’t matter what you do.”

Of those residents spoken to, 69% disclosed anxiety or fear when dealing with police; 94% experienced confusion or frustration; 59% experienced shame or humiliation; 39% experienced despair or hopelessness; 76% described fatigue or exhaustion; and a mere 4% expressed feeling happiness or satisfaction stemming from police interaction.

“We talked to people who had had family members killed by police, people who had sustained broken bones in police encounters, and people whose house had been torn apart during a drug raid – only to find out that the police had the wrong address,” according to a report from the group on their findings, following the first day of speaking to residents. “From the stories we heard that day, we knew we needed to document the prevalence of police misconduct in West Baltimore.”

The data collected by the interviewers has now been collated and studied by Charles Cange, a medical anthropologist at the University of Maryland, Baltimore. His findings will be submitted to the Department of Justice, who currently has an open investigation into the Baltimore Police Department.

Facebook/Michael A. Wood Jr.
Baltimore Officer Who Spoke Out Against Police Misconduct Wants to Be Chicago's Top Cop

“The intergenerational impact of this police brutality is off the charts and hearing from residents that children don’t interact with police for their own safety speaks volumes,” Cange told the Guardian. Many respondents reported warning their children against contacting police, out of fear of violent officer reprisals.

Out of the 1,500 people the organization interviewed, only 39 were willing to give accounts on the record, out of fear of police retaliation.

Of those who reported use of force in their encounters, 96% felt as if the officers used excessive violence that was clearly, “directed towards victims, [with threats of] detentions, [and the use of] abusive, demeaning and subordinating language.”

“Baltimore city neighborhoods were policed radically different, based on race and/or social economic factors,” according to the report.