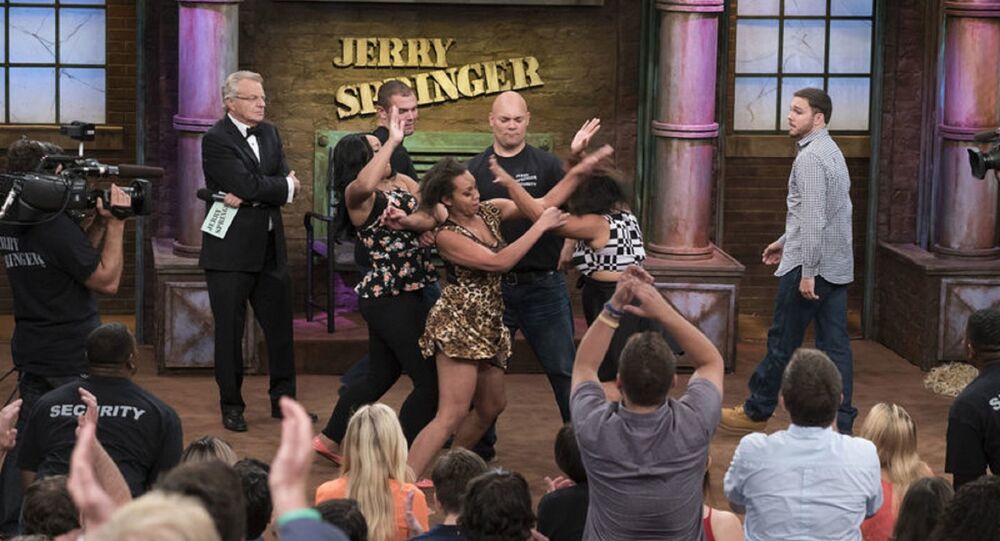 The Republican presidential debates have been so entirely bad that someone has launched a petition to have them hosted by Jerry Springer, and it has already gathered 800 signatures.

The petition was created by Donald Buchanan of Cleburne, Texas, following the last GOP debate where candidates name called and essentially argued over their penis size.

The information for the petition simply asks: “Do you or do you not want to see Donald Trump throw a chair at Marco Rubio?” Nearly a thousand people do.

The talk show host is known for his guests coming to blows and throwing fists or chairs, which, would not be a shocking occurrence at a GOP debate at the rate they are going.

“The circus needs a ringmaster!” Robert Klotz of Kissimmee, Florida, commented with his signature.

Last week, Springer weighed in on the race, telling the Financial Times, “They ought to run a crawl along the bottom of the screen, [saying] ‘This is NOT a debate for junior high school class president.’”

“Clearly they could be on our show, but now they’ve gone off the deep end, and we would start bleeping out some of what they’d say,” Springer, a former mayor of Cincinnati, whose show featured episodes such as “I married a horse,” noted.

Panic in the Party!: GOP Debate in Detroit

Scalia's Voided Votes, GOP Obstructionism, and 'Potential for Chaos' Ahead