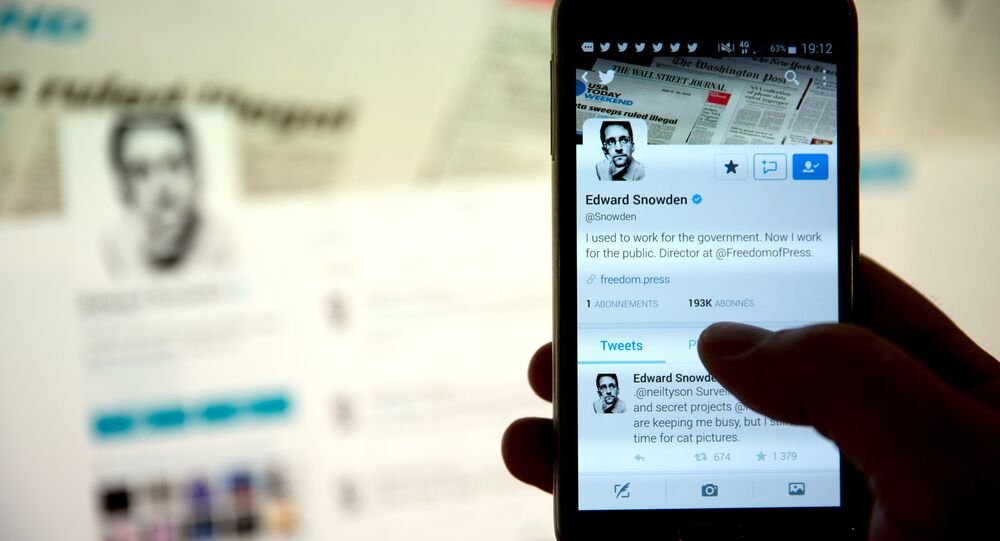 The latest claim by the FBI that only tech giant Apple possesses the technical capability to unlock the San Bernardino iPhone has been rubbished by whistle-blower Edward Snowden.

Appearing via video link from Moscow for Common Cause's Blueprint for Democracy conference on surveillance and civil society, Snowden said:

"The FBI says Apple has the 'exclusive technical means' to unlock the phone, respectfully, that's bullshit."

The phone Snowden is talking about is the iPhone that belonged to the San Bernardino shooter, Syed Farook, which is now in the possession of the FBI. But government agents can't unlock the device to see what's on it, so the US Justice Department is trying to force Apple to hack into the phone on their behalf.

Apple has repeatedly said that it does not possess the technology allowing it to hack into the device and would have to develop new software capable of breaking its own encryption software.

Tim Cook, Apple's CEO says: "Once created, the technique could be used over and over again, on any number of devices… The [US] government is asking Apple to hack our own users and undermine decades of security advancement".

The @FBI is creating a world where citizens rely on #Apple to defend their rights, rather than the other way around. https://t.co/vdjB6CuB7k

Edward Snowden also suggested during the conference that the FBI would not be so annoyed if they hadn't been responsible for missing the chance to access the data themselves in the first place.

Cyber security experts have suggested that the FBI missed a crucial opportunity to look at Farook's data by accessing the phone's latest iCloud backup because agents reset the iCloud password when they initially seized the cell phone.

After the device was seized from Farook's car, someone, potentially a San Bernadino county worker changed the Apple ID that could have allowed the phone to back up the data to iCloud.

The US government could have had access to that data via a court order but according to a senior Apple executive, because the ID was changed, the phone's data would not have been backed up on iCloud and therefore not retrievable.

The battle between Apple and the FBI centers on the right to privacy versus government's agencies push for mass surveillance.

The global technological consensus is against the FBI. Why? Here's one example: https://t.co/t2JHOLK8iU #FBIvsApple https://t.co/mH1ZXOOQ1E

If Apple loses its fight with the FBI, it could set a legal precedent allowing the US government authority to order companies to break encrypted models, setting an example to governments around the world.

"We have to use the technical community to endorse our rights," said Snowden via video link.

"Do we want to live in a society where no American citizen can pick up the phone without worrying about who is listening?" Snowden asked members of the conference.

The United Nations head of human rights, Zeid Ra'ad Al Hussein, has warned that the FBI's demands to unlock an iPhone could open a "Pandora's Box that could have extremely damaging implications for the human rights of many millions of people."

He said the FBI order would:

"Set a precedent that may make it impossible for Apple or any other major international IT company to safeguard their clients' privacy anywhere in the world."

Companies File Legal Brief in Support of Apple Against US Government