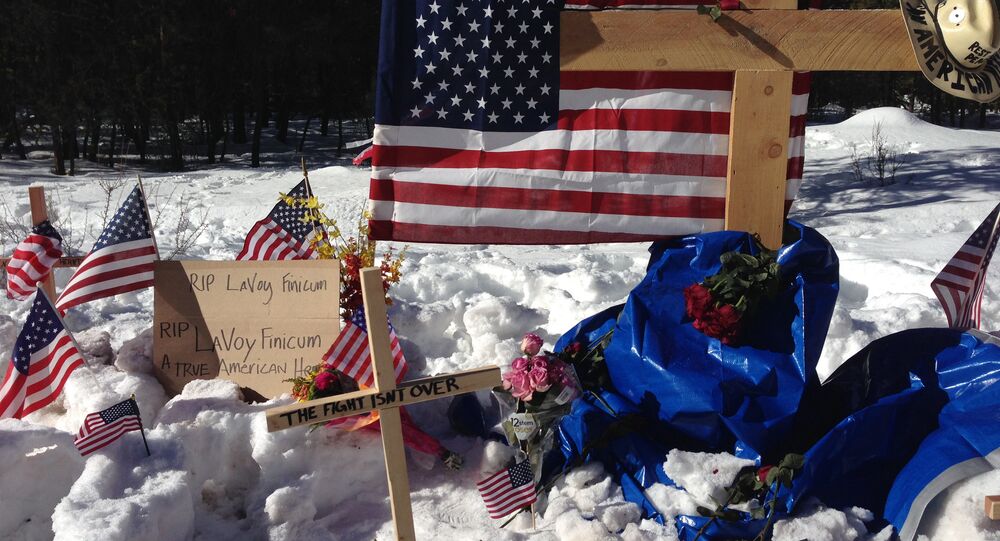 Five FBI agents involved in the shooting death of domestic militant Robert "LaVoy" Finicum are now under investigation by the Justice Department, as one agent is accused of lying about firing twice at the rancher and four others accused of covering it up.

The investigation was announced Tuesday. The two shots in question did not hit the 54-year-old or contribute to his death, but were not disclosed by the agent or others present at the scene.

Investigators released findings that the two state troopers shot Finicum three times in the back during the encounter in January. The fatal bullet pierced his heart.

The shooting was ruled legally justified by the prosecutor, as Finicum appeared to repeatedly move his hands near his pocket, which, it was claimed, contained a loaded handgun. Though he was shot from behind, he allegedly posed a threat to an officer who was standing in front of him.

"Mr. Finicum repeatedly and knowingly made choices that put him in this situation," Harney County District Attorney Tim Colahan said in a prepared statement. "It was not the outcome that any of us wanted but one he, alone, is responsible for.”

Supporters of Finicum have contended that he was unarmed and shot with his hands up while surrendering.

Finicum had been a participant in the takeover and occupation of the Malheur National Wildlife Refuge near Burns, in the state of Oregon, which began in January and lasted 41 days. The militia seized the small wildlife refuge administration buildings, calling for the birdwatcher’s area to be given to the public and also for the freeing of two ranchers who were jailed on federal arson charges.

The dead militant’s family maintains that he was "executed in cold blood," and a nearby sheriff who was not at the scene of the  killing, Glenn Palmer, referred to the incident as an “ambush” by law enforcement.

On Tuesday, law enforcement released footage of the scene taken by one of the passengers, Shawna Cox, which she recorded with her smartphone.

“You back down or you kill me now,” Finicum shouted at law enforcement before fleeing. “This is going to get real! You want my blood on your hands?”

“You want a bloodbath? It’s going to be on your hands. We’re going to see the sheriff,” Finicum said.

Finicum is also heard on her video repeatedly yelling, “Shoot me!”

The video lends some credibility to Finicum;s supporters, as one shot clearly hits the truck’s left rear window as Finicum was exiting the vehicle with his hands above shoulder height.