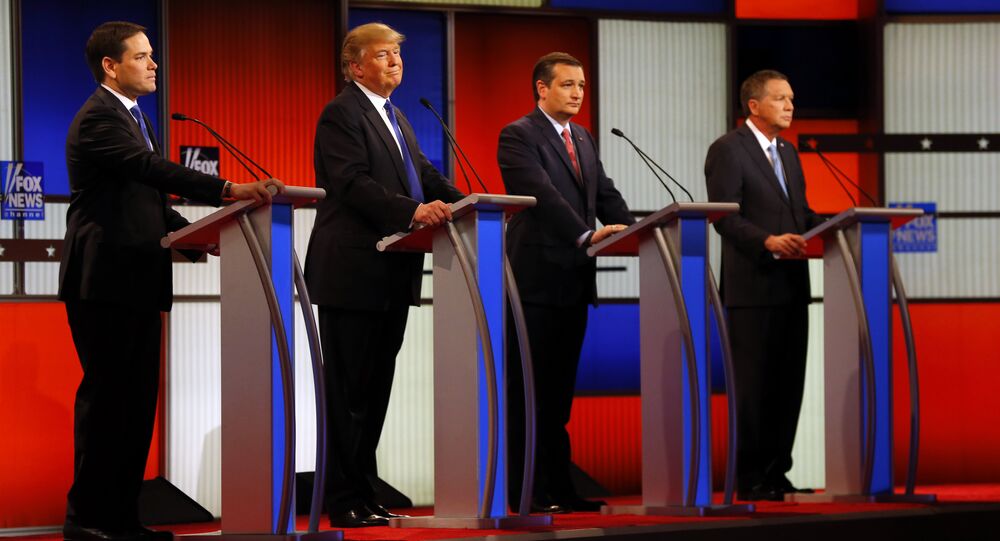 Sputnik’s Brian Becker speaks to Julie Hurwitz, one of the lawyers who filed three class action lawsuits on behalf of the people of Flint, expressing her dismay over the silence of the Republican presidential candidates on the issue, on Monday.

During the Democratic debate held in the city of Flint over the weekend, Hillary Clinton joined Bernie Sanders’ call for Michigan Governor Rick Snyder to resign over his role in the city’s water crisis. Hurwitz is not only calling for Snyder’s resignation, but for him and other officials involved in the poisoning to face criminal charges as well.

Hurwitz speaks out against the silence of the Republican presidential candidates in regards to Flint, noting that they did not even bring the topic up at their debate in Detroit.

“They are saying nothing. They are alarmingly silent,” Hurwitz told Loud & Clear of the GOP.

© AP Photo / Paul Sancya
Rick Snyder Live Tweets Denial as Democrats Slam His Handling of Flint Crisis
The poisoning of Flint’s water began in April 2014, when the city stopped receiving its supply from Detroit, instead shifting to water taken directly from the Flint River, a source known to have a high corrosive salt content. Corrosive salts in the water damaged the pipes, which contain lead, causing that material to be released into the water, and contaminating it.

“The top spokesperson for the Michigan Department of Environmental Quality was saying to the community, ‘relax, this water is safe to drink,’” Hurwitz explains. “The only thing they were concerned about, if anything, was that this was a huge public relations problem for them. They didn’t care what kind of serious public health problem was being created by their continuing refusal to tell the truth to the community or take any steps to fix it.”

In October, the state changed the city’s drinking water source back from the polluted Flint River to the Detroit water system, but warned that the water remains unsafe to drink.  Governor Snyder has resisted growing calls for his resignation over the scandal.

“The lead levels in children and others, the 100,000 or so people who live in Flint, and who knows how many who visit and work in Flint and were exposed to these dangerously high levels of heavy metals and other dangerous chemicals,” Hurwitz tells Loud & Clear.

© Flickr / Petras Gagilas
Beyond Flint: Only Half of Americans Confident Their Water is Safe to Drink
The effects of lead-poisoning cannot be reversed. Researchers at nearby Hurley Children’s Hospital have identified a "rise in blood lead levels of children less than 5 years old" who live in the area.