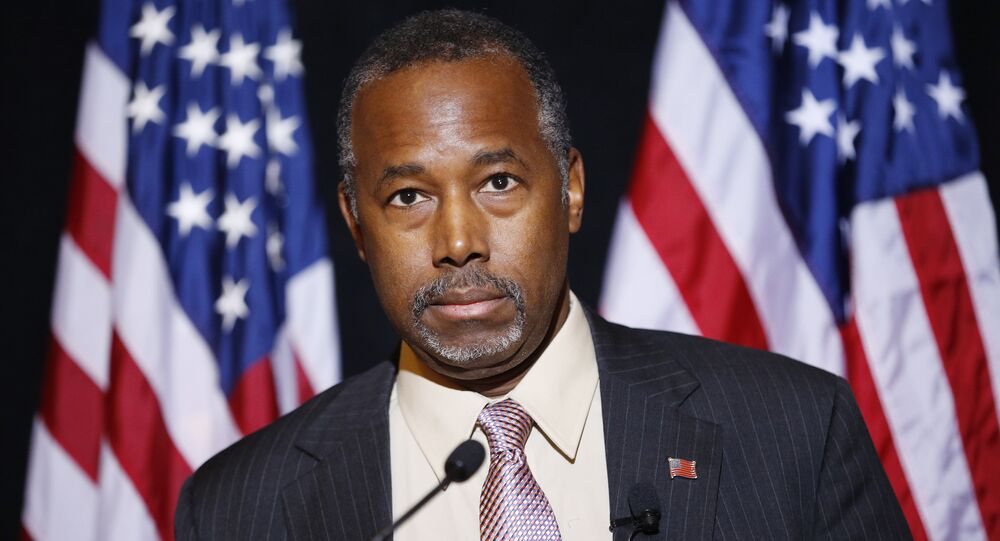 The only African-American candidate running in the 2016 contest to succeed President Barack Obama announced he was pulling out of the race, Dr. Ben Carson told a conservative political gathering.

WASHINGTON (Sputnik) — Carson, a retired neurosurgeon, briefly led the Republican field, but rapidly lost support due to his failure to appear convincing on national security issues.

“I did the math. I looked at the delegate counts… and I realized it simply wasn't going to happen,” Carson said in a speech on Friday to the annual Conservative Political Action Conference (CPAC) in National Harbor, Maryland.

© Sputnik / Vitaliy Timkiv
Putin's Trump Card: Russia May Outperform the West in Unexpected Way
He received negligible support in the 12 primary and caucus contests on March 1, known as “Super Tuesday.”

“I will still continue to be heavily involved in trying to save our nation,” Carson told the CPAC audience, who gave him a standing ovation.

Carson did not announce any endorsement for any of the four remaining Republican candidates who debated on Thursday night in Detroit, Michigan without him.

No Progress on Issue of Donbass Elections - Lavrov

Prospects Good for Syrian Ceasefire, Elections But Not for Safe Zones